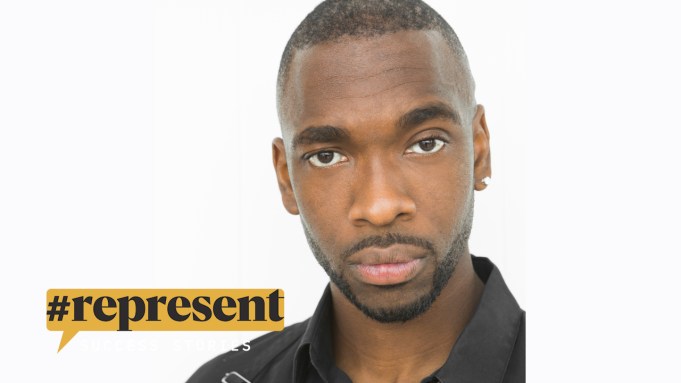 Actor and comedian Jay Pharoah had never interacted with the police before April 26, 2020, when he heard a police officer yell for someone to “get on the ground.”

“I’ve only been able to see it over the years, but to finally have that happen to me, personally, I understand fully the rage of all the Black people that this has happened to, that my folks that it has happened to over the years, and it keeps on going, keeps happening,” Pharoah tells Variety, joining the “#Represent: Black Men in Hollywood” roundtable with actors Chris Chalk, Aldis Hodge, Derek Luke and Algee Smith.

Pharoah was exercising on the streets of Los Angeles when he was ordered lie face down on the ground by officers searching for a suspect that matched Pharoah’s description — a Black man in a gray shirt and sweatpants. Recounting the incident in a video posted to his Instagram account, Pharoah recalls seeing an officer approaching him with his gun drawn and, as three more officers followed, quickly realizing that they were targeting him. So, the star — best known for “Saturday Night Live” and “White Famous” — complied with the command to lie face down, as he says an officer then put a knee on the back of his neck and handcuffed him. Minutes later, officers learned they had detained the wrong man and they let Pharoah go.

Pharoah’s wrongful detainment occurred a few weeks before footage of Ahmaud Arbery’s murder in Georgia reached the internet and George Floyd’s death at the hands of police in May spawned national outrage and reignited a conversation about the value of Black people’s lives. But the actor and comedian waited nearly two months to discuss his incident publicly, when he shared the video recounting his experience and revealing the surveillance footage of his detainment.

“It wasn’t even supposed to be a video for the world, I just put it out there for my Instagram followers and I was working with a couple of influencers to do something cool and bring light on the situation,” Pharoah says.

The video — produced by Carey — ultimately made national headlines, with more than 370,000 views on Instagram to date. But Pharoah admits that getting back on the ground to reenact the experience was emotional.

When discussing the public outcry against racial injustice and ever-increasing support for the Black Lives Matter movement, Pharoah says, “Everybody around the world is tired of injustice. With the pandemic going on, we have had a chance to just sit and just absorb it, and just say to ourselves, ‘We’re tired of it, we’re not going to let it happen anymore. And it needs to change.’

“We’re talking about basic human civility here. The right to walk down the street and not feel like a criminal,” he continues. “To be innocent until proven guilty, not guilty until proven innocent, which that idea has definitely been perpetuated over so many years.”

After Dave Chappelle released a stand-up special meditating on the Black Lives Matter movement and the death of George Floyd last month (the special is titled “8:46” after the length of time Derek Chauvin knelt on Floyd’s neck) Pharoah confirms that he plans to talk about his wrongful detainment on the stand-up stage too.

“I have prayed about this. I have sat on it. I was apprehensive, at first, to say anything about it just because of the severity of the other situations in America where Black people have lost their lives and I didn’t,” he says. “I wasn’t so gung-ho to put it out, at first. But I said, “It’s a message, that if I can get it out to somebody, to one person, maybe I can help and give some perspective and break some barriers, I have to talk about it. I do. It’s hard to find punchlines in that pain, but I’m finding punchlines in them.”