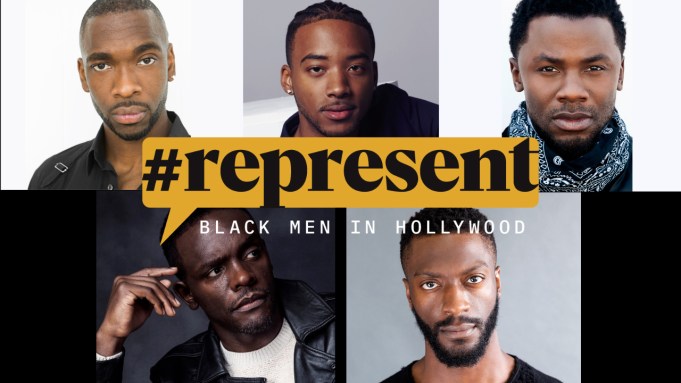 The world seems to be quickly coming to understand that navigating life as a Black person in America is an emotional and difficult journey. But what about paving a path in Hollywood? As support for the Black Lives Matter movement emboldens more Black people and people of color in the industry to speak out about their experiences, Aldis Hodge (“City on a Hill”) remains cautiously optimistic about seeing change both in the entertainment industry and the world as a whole.

“I say I hope this moment is different,” Hodge says during the Variety’s #Represent: Black Men in Hollywood roundtable. “For us in the Black community — not to leave out Black women, men, LGBTQ+ [people], our whole community, everybody who Black — this is what we know, this is usual for us. We’ve been talking about this for a while. I think the shift that may have happened with Mr. Floyd and watching his murder was that we had to sit home and sit with it, we had to watch it, and there is no discernible argument that you can make against what happened.”

To discuss the current status of the world and their place as Black men in it, both personally and professionally, Variety gathered Hodge, Chris Chalk (“Perry Mason”), Derek Luke (“13 Reasons Why”), Jay Pharoah (“Saturday Night Live,” “Bad Hair”), and Algee Smith (“Euphoria”) — who opened up about everything from their early experiences with racism in America and the personal toll of bringing stories of racial injustice to the screen to their persistent struggles in the hair and makeup trailers and why they once said they would (or would never) play a slave onscreen.

The virtual roundtable is the second installment of Variety’s “#Represent” series, dedicated to the intersection of race, culture and Hollywood. And for many on the panel, the topics of racial injustice and police brutality and their personal experiences as Black men have intersected both on and off screen.

After being wrongfully detained by Los Angeles police in April, Pharoah says that he decided to share his story in hopes to shine light on the issue of racial profiling.

“I was happy to be able to show people that there is no change,” he says. “Being Black in America is what it is. It doesn’t matter what show you’ve been on, doesn’t matter where you work, nothing. Innocent Black people do get profiled and that’s what needs to stop.”

Smith also took to social media to share his experiences, going live on Instagram during the early days of Black Lives Matter protests in the wake of George Floyd’s death. There, the 25-year-old actor expressed his feelings about the state of the world and divulged the emotional weight of acting in films like “Detroit” and “The Hate U Give” — both films in which he played victims of police brutality.

“I was obviously in a very emotional place. However, it was a very honest place,” Smith says. “I feel like I’ve played so many roles where I’ve either died as a young black teenager or where it’s been something that hasn’t been edifying a black teenager or a black man at all. And so, I was like, for myself, I’m tired of playing those roles and I said ‘I’m done with it.’”

He adds, “I had to take Ambien while I was shooting ‘Detroit’ because I couldn’t sleep. But you do it for a reason. That’s why we are actors, that’s why we put ourselves in that position, to feel for people.”

Hodge says he completely related, sharing that when he was a teenager he told his representatives that he would no longer audition for “thug or athlete roles.”

“My frustration with the industry was that what was normal and what was actually real was not being portrayed. A small percentage of what the Black culture experiences was being portrayed to the masses as the totality of our definition as a culture,” Hodge recalls. “It was really disheartening. So, I said, ‘Look, I’m not doing any of this anymore.’ Took a stance. Of course, you lose a couple of jobs, you sacrifice a little bit, [but] it’s all good, because it pushes your career, drives your career to a very specific point.”

“And then, as I got older, there are opportunities that came my way that were challenging,” he says. “When ‘Underground’ [a drama series a group of slaves fighting for their freedom via the Underground railroad] came around, and I said, ‘How do we watch five or six seasons of our pain?’ But then, when I read it, and I saw how it was distributed and I said, “Oh, there’s a difference here.’”

Luke shared that he also questioned what roles to play as he navigated his career over the last 20 years.

“I said I would never play a slave,” Luke says. “My instinct was that it was traumatic enough being in my skin. It was traumatic enough coming to Hollywood and having to come through playing a thug or a gangster role and my spiritual lens was always like, ‘How do I navigate in a space that may reject my race?’”

On the other hand, Chalk — who costarred with Smith in “Detroit” and Hodge on “Underground” — says he never took a stance against playing a thug or a slave, explaining why he wants to be part of telling those types of stories, no matter the personal discomfort.

“I was doing some workshops in a school, and the [history] book never said ‘slavery,’ it said ‘indentured servitude.’ So, if we don’t tell our story, they’re going to change that story,” Chalk says. “I want the world to see what we have survived. I want the world to know the knees on our neck. And I’m grateful to take the weight of that.”

“Even with Perry Mason, we all saw it growing up on the reruns. … Is [the original] a good show? It doesn’t matter because there’s no representation of anybody but straight, white, Christian men,” Chalk argues. “I saw it, I enjoyed it, but what’s nice about what’s happening now, and the way we tell stories now, is the world has understood that there is a wider lens and more accountability to be had.”

But just like the actors themselves have navigated around playing into Hollywood stereotypes, they ask that the industry’s decision makers consider their role in further perpetuating tropes that present Black people in a negative light.

“We’re in a country where Black people cannot grow up without the influence or interaction of white people, so we’re forced to and have to learn. I think where we have a big gap in terms of race relations — and I hate to say race relations, because we’re all just one human race — there’s a lack of knowledge and information because there’s a lack of engagement,” Hodge explains. “Hollywood can be the outlier in representing the proper engagement, by representing and showing the elevated ways of how to understand and think about cultures that are not your own.”

“And what we’ve been saying for a while is that Hollywood has not been doing the best job of that, when it comes to their responsibility to represent Black people,” he adds. “Outside of our own responsibility as Black [creators] putting out the stories, for the people who want to put out stories about us that are not us — that are not Black — they have to do better with how they think about and represent us. If you’re going to push it out, understand the damage that you could possibly do if you’re not doing a good job.”

Pharoah agrees, saying, “When you’re not telling the whole story, when you’re pushing this narrative of Black people are just thugs, we all get incarcerated, that’s a spurious narrative. All of us are not like that. We have to glorify more the success, the ingenuity of Black folks. … There’s so many stories. There are engineers, there are rocket scientists, there are so many of us out there.”

Luke points to roles like his breakout performance as a young sailor in 2002’s “Antwone Fisher” as one that still carries positive weight, with audiences still telling him that the film represents their own stories nearly 20 years later.

“That movie has been a monument in my career,” Luke recalls. “I was just trying to find my voice in Hollywood. I had been on maybe 150 auditions before ‘Antwone.’ And, on set [director Denzel Washington] created this space where he never talked to me about how it was to be a man of color, he just set a tone to express myself.”

“My first take on Antwone Fisher was to play him kind of conservative because of what we were talking about [with] the slave roles and the thug roles. I thought I was helping black people out,” he continues. “And Denzel was like, “Take it to the bricks” [which] for me is like, “Release your heart.” Release all the pain that’s on the inside of you, and just let it come out on screen. I just wanted to do work that had a voice, that says something, that made an impact in our community.”