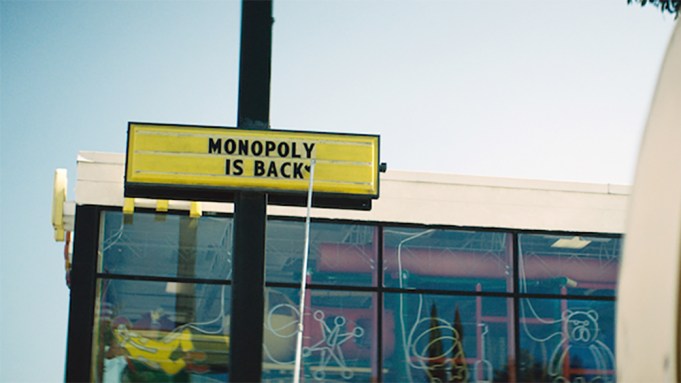 The tale of the McDonald’s Monopoly-game heist was one hell of a story. Indeed, it seems to have been too much story for “McMillions,” a documentary series premiering at Sundance ahead of a bow on HBO, to tell — even with the benefit of six episodes.

The story we’re told here is less about what happened — a scam involving accumulating all the most powerful stickers in the fast-food chain’s annual sweepstakes, as reported in a Daily Beast piece designed to lend itself to a screen adaptation — than how it did, with a cast of characters who are made to seem likelier to have emerged from the pens of Joel and Ethan Coen than from life. But the film seems uncertain how to handle the bounty of both incident and of peculiar humanity that flows out of its story. The pacing, for instance, forces the viewer to hurry up and wait. We’re told very early in the first episode that a Jacksonville field office of the FBI had been tipped off to inconsistencies in the contest, rushed into their investigation, and then mired in chaos and confusion that doesn’t build so much as settles in.

The filmmakers, James Lee Hernandez and Brian Lazarte, are so enamored of the characters who crop up in the story that they allow them to veer onto narrative tangents, to chat loosely and lightly in a manner that is, if you squint, revealing of character or of some larger theme about American ingenuity and the tradition of scamming. But that’s giving “McMillions” quite a bit of credit, credit that it earns through the good fortune of having interesting subjects and not through craft. Indeed, the film leans hard on artless devices, including a predilection for re-enactment that feels like something out of “America’s Most Wanted.”

Another generous reading of the series is that it fits neatly into a new mini-genre of documentary — the true-crime-adjacent story that derives its power more from the craziness of its subject matter than from control of tone or artistic skill. (In this, it’d join recent films including “Three Identical Strangers” and “Fyre,” movies that were stylistically undistinguished but that could at least be said to be telling fascinating stories.) That’s preferable to another possibility: That the filmmakers here are making purposefully tacky and unappealing choices in order to convey their ideas of their subjects. This reading suggests itself early on, when an FBI agent recalls wearing a metallic-gold suit to work the case, which he sees in retrospect was a silly choice: The re-enactment, of a clownish-looking strut, does not strike the viewer as lovingly deflating. The glum kitchen of a million-dollar winner (a beneficiary of the ruse and, later, a victim of sorts) is devoured by a camera that seems interested for reasons that extend beyond curiosity or humanity. Later, a woman close to the center of the scam action comes in for somewhat cruel depiction, with the camera sitting on an image of her lipstick-smeared cigarette in an ashtray as if to convey that, for reasons over and above her words and deeds, this woman is not to be trusted. Forget her complicity in crimes; to “McMillions,” she’s committed aesthetic sins.

These devices seem like a way to air-traffic-control the many elements of this story that need to remain in the air: By settling on a particular style, at least, the filmmakers give themselves the benefit of momentum. There’s a tone — of snideness and of contempt — that can be defaulted to as the story moves along. (The story is unbelievable. But being elbowed in the ribs constantly and asked “Do you believe these people?” is where the series pushes its luck.) The people in “McMillions” are not only characters in a crime caper. They’re people, and I’d posit that they deserved more serious consideration.