‘The Bachelorette’ Recap: Tayshia’s Journey Ends With a Proposal 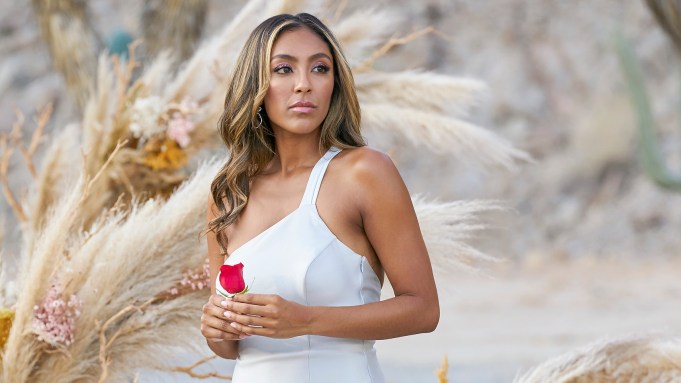 SPOILER ALERT: Do not read if you have not yet watched the Dec. 22 finale of “The Bachelorette.”

Eliminated contestant Ben Smith returned at the end of the first half of the two-part finale of “The Bachelorette” to ask Tayshia Adams for a second chance. But his surprise return didn’t end up stealing the spotlight from her true TV love, and the episode concluded with her picking her man and him proposing.

“I sent him home for a reason,” she told a producer offscreen about Ben.

Despite that, though, she listened to his proclamation of love and invited him to the rose ceremony to compete against fellow contestants Zac Clark and Ivan Hall. On his exit from her hotel room, the two shared a passionate kiss, which prompted conflicting reactions.

“Why did I kiss him!?” she reflected.

Ivan’s elimination was quiet, as Tayshia pulled him aside to talk one-on-one. While Tayshia said their relationship “started off strong,” she had concerns about their misaligned views. She cited religion as their primary dissonance.

“In the back of my mind, I was like this thing [religion] could be the bomb that just explodes everything here,” Ivan said during his exit.

The next day, Tayshia began introducing her final two to her family. Her dad was skeptical about Ben after his initial elimination and worried that he and Tayshia wouldn’t be on the same page. However, he was impressed with his background (going to West Point and his drive) and eventually came to appreciate his sincerity.

Afterward, her family met Zac — who took ownership of his mistakes from his past marriage, and emphasized that he knew what the commitment of marriage meant. He took time to reassure Tayshia’s father, expressing that he had set the bar exceptionally high for men in his daughter’s life. Zac “made me be at ease,” her dad said.

“Ben and Zac are very different,” Tayshia said after their family introductions. “But there’s a part of my heart that wants each of what they offer.”

After each of the men met her family, Tayshia’s dad approached her individually to discuss the dynamic. “I like Zac, and Ben’s a good guy. But frankly, I’m worried,” he said.

He expressed his concern that she was rushing into things with both men, and that it would result in another heartbreak. Tayshia cited her dad as her “rock” during her divorce, and his reaction startled her.

“After talking with my dad, I can’t decide if I want to get married again,” she said.

She carried that heaviness into her date with Zac, where they spent the day taking a dance class and the evening resolving her anxieties. “I’m used to people running away, as opposed to staying,” she said. But Zac’s commitment was unwavering — and in fact, he credited his recovery to his steadfast mentality. It taught him to “not run away” when life gets hard.

Immediately after their evening together, the show shifted to Ben preparing for his last date with Tayshia. His commentary about his excitement was juxtaposed with Tayshia’s direct assessment of their relationship: “I know what my heart wants, and I know that it’s not Ben,” she revealed.

She headed to his room and told him that their missed week of fantasy suites put them at a disadvantage. She introduced him to her family because she genuinely wanted to see what was in the cards for them. But at the end of the day, they missed out on crucial time and she felt confident that Zac was her person. Their goodbye was quick and relatively unemotional.

“When you love somebody, you want them to be happy,” he told her.

Jeweler Neil Lane made his obligatory cameo, and once Zac picked out Tayshia’s engagement ring, Zac headed to the engagement site to meet Tayshia.

“I came here because I was supposed to meet you,” he said. “Nothing has ever felt so right.”

He shared a passionate speech about how much she meant to him, and how he is so grateful that he took the journey with her.

“I’m ready to start a life with you,” she said, in an equally emotional monologue before Zac got on one knee and proposed.

The two celebrated their engagement, cheering and hollering before driving off together.