How ‘Westworld’ Artisans Created the World Outside of the Theme Parks 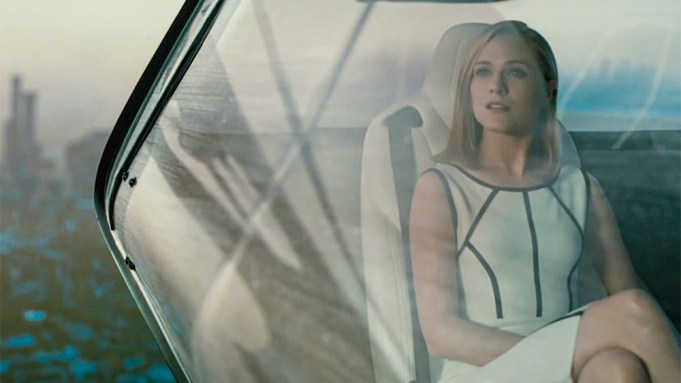 When Lisa Joy and Jonathan Nolan first introduced their version of “Westworld” on HBO in 2016, they brought to life a world that was inherently more technologically advanced than the real world. At first, that was depicted through the theme parks in the show, populated by actors playing robotic hosts perfectly designed to reflect a real human’s face, body, movements and personality. The implication was always that the larger world outside of the parks had come a long way. But in the third season premiere, the scope of that world was finally shown in earnest.

After the destruction of the theme park at the end of the second season, the characters who survived are now scattered in places including Los Angeles; London; and Beihai, China. Production was equally expansive, taking place in Valencia, Spain, as well as Los Angeles and San Diego.

The show’s outlook for the new world is somewhat hopeful, an aspect conveyed by production designer Howard Cummings. “The vision of the future is not dystopian; it’s actually that humans ended up conquering some of the problems,” he says.

The architecture of Singapore, where “new buildings’ footprints must include greenery,” Cummings notes, was a major inspiration for the show’s Downtown L.A. skyline. Some specific Singaporean buildings, such as Marina One and the Oasia Hotel, werecomposited onto helicopter plates that a production unit shot over the present-day Los Angeles to reflect the city’s progress circa 2058.

Danish architect, and Nolan’s friend, Bjarke Ingels shared some of his designs with the production team — buildings that ranged from finished structures, projects that are in the works and ones that are still on the drawing board. A number of these, too, were composited into “Westworld,” shots, says visual effects supervisor Jay Worth.

Lack of traffic in the future was another essential idea that came from Singapore. Cars are not allowed downtown today in the city-state today. “The idea of our world is, ‘If rich people are in charge, how are they going to control the environment to benefit themselves?’ And the way they do that is by restricting everybody else,” Worth says

Although production was able to lock down the locations where th show was filming, Worth’s team further cleaned up the frames to remove parking meters and traffic lights because those things would no longer be needed in a world where everything was automated and traffic was restricted.

“One of the biggest challenges with doing ‘Westworld’ is that every inch of every frame is designed,” says Worth. “A large percentage of our shots are continuity and world-updating, but the fun shots are the fly over when our air pod is coming off the water in Santa Monica and we’ve pretty much replaced the skyline coming into downtown.”

The “air pod” was based on a drone, Cummings says, and it had to be sleek in style but also functional for production.

“We wanted the ability to take it physically to the locations and have it move into place or drop on a crane,” he says, noting that the team brought the air pod to MacArthur Park in Los Angeles but couldn’t fly it intact to Spain. (For the scenes in the latter location, the production brought “pieces that represented the landing gear that actors could walk by” and filmmakers could have something physical to pan off to help sell the shot.)

In Los Angeles, in order to get the feeling that the air pod was really flying, the crew built a “massive, curved LED wall with lights on the other side of it” and synched the skyline plates to it, Worth says. The background projection moved independently, as does the camera and the cab of the air pod itself. Special effects put the “cab” where the passengers sit onto a gimbal to get real movement. “Our actors are not just leaning like [scenes on the bridge of] old ‘Star Trek’ [episodes], the whole structure is shifting and tilting.”

Additionally, the vehicle had to stand in for a few different models throughout the season, which meant the cab had interchangeable seats. The vehicle in the premiere episode was a corporate model, for which Cummings wanted to create a “power look” with a “limousine quality” leather interior that “exudes elegance.” Later in the season, he reveals, there will be more militaristic versions.

The show’s “real” world also has robots of its own — such as George, a metallic humanoid that works with Caleb (Aaron Paul). For these shots, the production used movement performers in motion capture suits to stand in during scenes on the ground, in order to capture the “real shadows being cast on actors or the environment,” Worth says. For more complicated shots where George was scaling the side of a building, the practical shot was a pan up the building, with the robot composited in later.

“The Delos corporation incorporates a lot more than just the parks, and there are lots of robotics they’re involved with,” Cummings says, but “they’re not all necessarily made to look humanoid [because] not everything has to be as complicated as Dolores.”