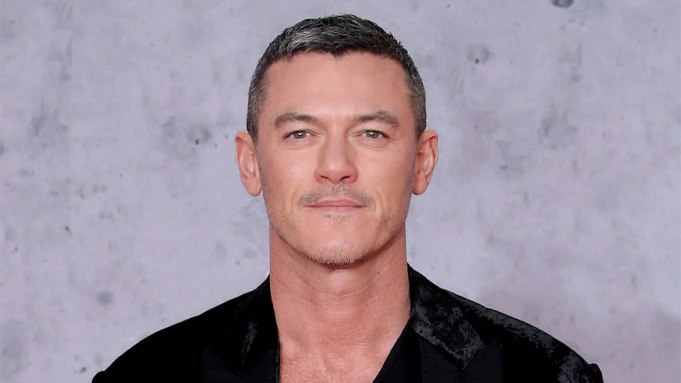 Luke Evans has quite the jewelry collection, thanks to his career in Hollywood.

“I started to collect the rings of my characters because I seem to have a ring with all my characters,” the 41-year-old Welsh actor says from Ibiza, where he’s vacationing before heading to Australia to shoot “Nine Perfect Strangers,” during an appearance on Thursday’s episode of the Variety and iHeart podcast “The Big Ticket.”

Evans has pieces acquired from playing Dracula in “Dracula Untold,” Gaston in “Beauty and the Beast” and most recently the newspaper illustrator-turned-New York Times reporter John Moore in “The Alienist.” Set in the 19th century, the TNT drama is an adaptation of Caleb Carr’s book series of the same name. The second season, titled “Angel of Darkness” premieres on July 19 and sees the return of Dakota Fanning as Sara Howard, now a private detective, and Daniel Brühl as Dr. Laszlo Kreizler, the city’s most regarded alienist, or criminal psychologist.

The attention to detail on “The Alienist” is so incredible, from the wardrobe to Dakota Fanning’s office. I want to pause it just to see all the little things that are in her office.

It’s absolutely magical. I remember walking onto the set for the first time — and I’ve worked on some incredible sets, and very lucky to work on huge productions where I’ve seen that kind of detail — but that production blew me away. It was as good as, if not better than, some of the big movie sets I’ve worked on. I even had insignias on my hankies in my pockets. And I had a beautiful drawing kit because obviously he was an illustrator in the first season. They made this incredible folder with handmade paper inside, and all the things that an artist from the late 1800s would have had. They were all authentic — real historical pieces.

And your wardrobe, with the high-waisted pants and vests.

And the hard collars. It was this cardboard collar and braces. You can’t get dressed alone. No gentleman from that time would have been able to dress themselves. They all had to have somebody to help them.

Do you want another season?

Let’s talk about the engagement party scene in season 2. It’s so over the top and full of pomp and circumstance.

That building in itself is an incredibly grand space. We used it in season 1 actually, but it looked nothing like that, it was completely dressed differently. We also used many rooms off that huge, big hall where the engagement party was. I’s always fun when you do a scene where there’s a lot of extras, lots of movement. It was musicians, cake, a car, speeches and a huge sweeping staircase, and I know everybody had a lot of fun shooting that one because it was basically a night shoot. We did it through the night because there were so many windows in that place, we’d have to cover them all up if we did it in the day. It was magical.

That is the biggest question of all, isn’t it? I mean, I’m about to start a television show in Australia. We all have to be quarantined in a hotel room. I can’t see anyone for two weeks. I have to be tested every other day. Everything is going to be delivered to my room and I have to stay in a room in Australia and not leave it for two weeks just so that we can then be free to go and shoot something.

That show is David E. Kelley’s adaptation of “Nine Perfect Strangers.” It’s based on a novel by “Big Little Lies” author Liane Moriarty and stars Nicole Kidman and Melissa McCarthy. Are you feeling the pressure to live up to “Big Little Lies”?

Yeah, no pressure there. [Laughs] It doesn’t feel anything like “Big Little Lies” at all. I don’t feel there is any comparison to be drawn there. It’s a very funny story. It’s very dark, but it’s incredibly funny, which I’m excited about because I like comedy and dark comedy. I don’t get to do very much of it. Just going to try and make the best thing we can, and hopefully people will enjoy it. But we’re starting with a brilliant cast, and obviously I’m a big fan of Nicole’s and Melissa’s and a few of the other actors that haven’t been announced. It’s a really interesting mix of people, and great, talented folk are involved, so the ingredients are all there.

You and Josh Gad are also starring in the “Beauty and the Beast” prequel series for Disney Plus about Gaston and LeFou. Tell me everything.

Josh and I have read two or three episodes now. We’ve heard some of the new songs written by Mr. [Alan] Menken himself. We are so excited about this. It’s going to be a joy to work with Josh again. Me and Josh have chemistry. As friends we had it, and luckily it transferred to the screen and people got it. It’s going to be a joy to bring to life a new story that no one knows. It’s all come together very nicely, rather quickly actually, and hopefully production will start sometime next year.

Who are we going to see making cameos from the movie?

Oh, my God. I mean a smorgasbord of cameos — can you imagine? [Laughs] You never know who will pop up on this show.

Did you ever think when you were making the movie, “You know what? There’s a limited series in here for a backstory.”

Because we were sort of the fun characters that people laughed at, we would often talk about doing an at-home with Gaston and LeFou, or LeFou and Gaston go on a road trip, or LeFou and Gaston have a cooking show, or a men’s [gym]. It went on and on and on. Fans put our names together and made us GaFou. No, we didn’t think it, but we joked about it a lot.