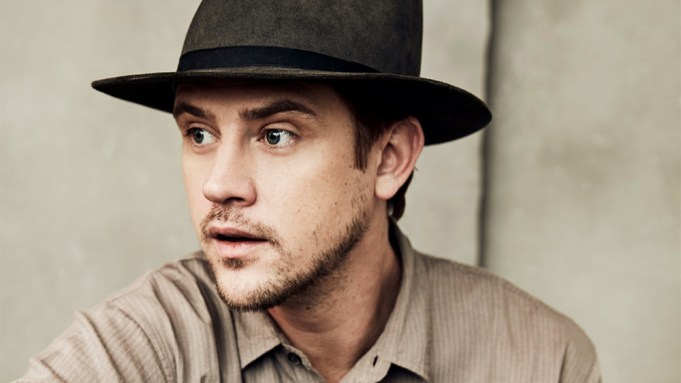 Quibi’s new “The Fugitive” is not your father’s “Fugitive” — or your grandfather’s, for that matter.

In fact, the only thing the reboot, which premieres on Aug. 3, has in common with the 1993 Harrison Ford-Tommy Lee Jones movie — itself based on the 1960s television drama — is the man-on-the-run storyline. Series creator Nick Santora didn’t even bring back the lead characters iconic names, Kimble and Gerard.

“This is a modern reimagining of this classic film,” Boyd Holbrook says on Thursday’s episode of The Big Ticket, Variety and iHeart’s podcast. He stars as Mike Ferro, an ex-con who goes on the lam when an overzealous reporter (Tiya Sircar) tweets that he is the prime suspect in the terrorist bombing of a Los Angeles Metro station. Kiefer Sutherland plays Clay Bryce, the detective in charge of the investigation.

“I wouldn’t have signed on if it was just a straight remake of something,” says Holbrook, best known for playing Donald Pierce in the “Wolverine” sequel “Logan” and DEA agent Steve Murphy in the first two seasons of Netflix’s “Narcos.” “This is a totally different take on it, and I think that’s why anyone’s going to be doing it. I think just doing a remake for a remake’s sake, there’s got to be some sort of contemporary modern involvement.”

As for the platform’s 10-minute episodes, Holbrook says he thinks it will work. “Where Quibi really has its strength and where this platform’s going to be dynamic is between the editing and the actual presentation of the cliffhanger aspect, and the short 10 minutes of bursts,” he says.

How are you doing in quarantine?

I’m doing pretty good in quarantine. It’s been the full wheelhouse of emotions. In a lot of ways, it’s been a really good time just to pause and take a breath. It just slows you down, but it also exposes a lot of things I think you have to deal with, maybe stuff that you’re hiding or distracting yourself with before COVID. Psychologically, it’s been a journey.

What did you learn about yourself in quarantine that you didn’t know?

I’m not very patient. I like to have things to tinker on and to do, and if I don’t have that, then I find myself very restless.

So what new hobbies do you have?

I am becoming the expert in creek design.

I’ve got a little creek near my house [in New York] that I’ve cut out and carved, and chopped down trees and bushes, and moved rocks and irrigated the stream so it will actually pool up. On a hot day, you can get in it.

Let’s talk “The Fugitive.” Did you know what Quibi was when the show was first brought to you?

A lot of people were talking about Quibi, that there’s this hot new company. They actually asked me for a meeting. They gave me a breakdown of how they’re running the company, what they’re doing and their model. It was really fresh, and it was really cool. I like to get in early on innovative things, because I think that’s always what’s pushing filmmaking — whether it’s a new camera that’s being designed or something that’s going to make something a bit more efficient. It’s like when I did “Narcos” with Netflix, they were just developing original content. I like to be, in a way, the test pilot for these things.

Did you watch the movie or television series before you started shooting?

I went back and revisited all the stuff. I knew that we wouldn’t be trying to go at the scale of [the film]. I think it was always designed to be an explosive little package that was moving around. It was just trying to keep it more confined and more solely on the theme of what a fugitive is in this modern era.

Do you think viewers may miss out on something by watching it on their phones?

Let’s talk about the elephant in the room. I like watching YouTube, so that was my leverage of seeing where technology’s going, and how it’s going to move forward. It’s the same thing when you’re an actor. You’re trained in the theater mentality. Then you have probably the expectation of cinema, being in films, and then now you’re on Netflix and it’s the computer screen, and here we are on the phone. I think that this gives you what you need where you are at a particular time. If you also want to play this in your media station or on your projector, I think it’s really adaptable to anything.