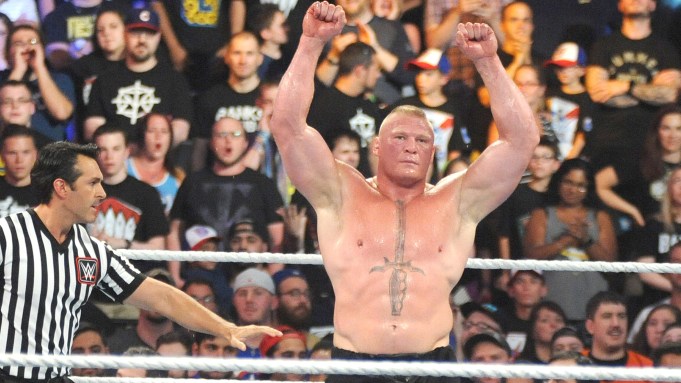 WWE will be allowed to continue filming its weekly television shows after Florida governor Ron DeSantis declared the sports entertainment brand is an “essential business” amid the state’s stay-at-home order caused by the coronavirus pandemic.

The company had begun filming shows without audiences at their privately-owned Performance Center in Orlando once more states began banning large gatherings to prevent further spread of the virus. WWE also pre-taped their flagship pay-per-view, WrestleMania, ahead of Orlando’s stay-at-home order in addition to pre-taping multiple episodes of their other shows.

WWE’s three weekly shows are “Monday Night Raw” and NXT, both of which air on USA Network, and “SmackDown Live,” which airs on Fox. WWE is currently in the middle of the first year of its five year deal with Fox, which is valued at $1 billion total.

Stephanie McMahon, WWE’s chief brand officer, previously spoke with Variety about measures the company had undertaken to protect performers and crewmembers from the virus.

McMahon also said that segments of the show are now filmed in waves to limit the number of people in any given area at one time. Dr. Thomas LaVeist, Ph.D, dean of and a professor at Tulane University’s School of Public Health and Tropical Medicine, told Variety that taking temperatures and limiting personnel in certain areas are good steps, but ultimately those in attendance are still at risk.

Many online have also been quick to point out that DeSantis is an ally of President Donald Trump. Linda McMahon, formerly president and CEO of WWE, was the Administrator of the Small Business Administration for the Trump White House from 2017 to 2019 and currently serves as the head of the pro-Trump super PAC America First Action.

DeSantis also issued a memo on April 9 that declared professional sports can resume production in Florida if their filming location is closed to the public. This potentially opens the door for other pro sports leagues like the UFC, NBA, NFL, MLB and others to stage events in Florida until they are able to begin normal operations elsewhere throughout the country.