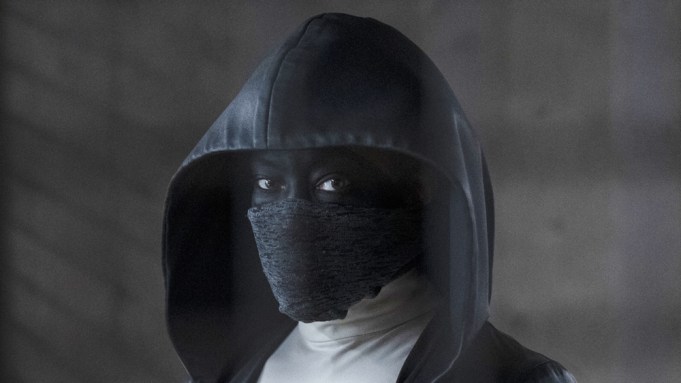 “Watchmen” took home more Emmys than any other show of 2020, with HBO scoring the most wins of any network or streaming service.

“Watchmen” picked up 11 Emmys in total, including wins on Sunday night for best limited series and best actress in a limited series for series star Regina King. Yahya Abdul-Mateen II also won for best supporting actor in a drama for his work on the show. The show’s 11 wins helped push HBO to 30 wins total, including 19 wins during the Creative Arts Emmys over the course of last week. Other wins for HBO included Zendaya winning best actress in a drama for “Euphoria.” “Succession” also won in many of the drama series categories, including the best drama series award and best actor in a drama for Jeremy Strong.

Elsewhere, the final season of “Schitt’s Creek” won nine Emmys total, including an historic sweep of all the major comedy categories, while “Last Week Tonight” picked up its fifth win in a row for best variety talk series. “RuPaul’s Drag Race” picked up the award for best competition series.

Netflix had the most nominations this year with 160 total, while HBO had 107. Both HBO and Netflix had won 19 awards each at the Creative Arts Emmys going into Sunday night. Though it finished second with 21 wins total, Netflix scored just two wins at the Primetime Emmys, including a win for Maria Schrader of “Unorthodox” in the best directing for a limited series category and best supporting actress in a drama for Julia Garner of “Ozark.”

Amazon won four Emmys total in 2020, compared to 15 last year — which was thanks to shows like “Fleabag” and “The Marvelous Mrs. Maisel.” The streamer did not pick up any wins at the Primetime Emmys on Sunday, though “Maisel” did win four awards at the Creative Arts Emmys.

Apple TV Plus scored its first ever Emmy win, thanks to Billy Crudup winning the award for best supporting actor in a drama for “The Morning Show.” Disney Plus, another new streamer to this year’s Emmy race, walked away with eight awards total, including seven for “The Mandalorian.”

Pop TV wound up with 10 awards total thanks to “Schitt’s Creek,” despite the fact that the network is largely moving out of original scripted programming.

Once again, virtually no broadcast shows won more than one Emmy this year. The only exception is “Saturday Night Live,” which won six. Both The Oscars telecast and “Live in Front of a Studio Audience,” which both aired on broadcast, picked up two awards each. In fairness, however, they were both special event programming and not part of a regular broadcast lineup. The only regular broadcast scripted shows beyond “SNL” to win awards were “Black-ish” and “This Is Us” with one each.

Wins by Program (2 or more)