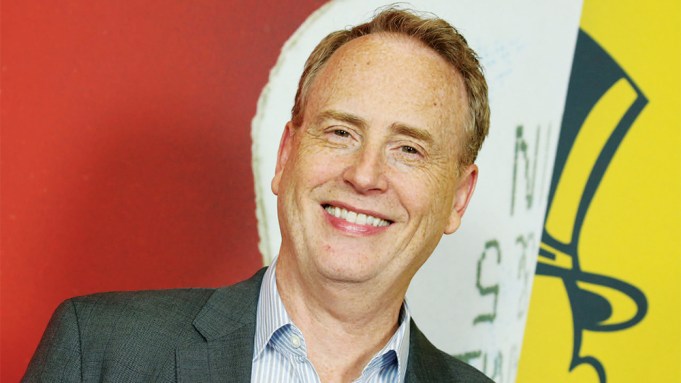 For WarnerMedia Entertainment and Direct-to-Consumer chairman Bob Greenblatt, developing HBO Max was like “setting up almost an entirely new network.”

“We had to come up with a content group and an acquisitions group and a scheduling group,” he said during the NAB Show Executive Leadership Summit, produced in partnership with the Variety Streaming Room. “We are going to schedule HBO Max in a way that is done sort of the old fashioned way, with people coming up with what shows are delivered when, and what shows they should go with. And obviously, the technical side of it, the development of products was an enormous undertaking… It’s remarkable to me that only 14 or 15 months after almost the original inception of this new business, it’s going to be launched.”

WarnerMedia has previously announced goals for HBO Max to have 50 million U.S. subscribers by 2025, many of whom are likely to be existing 33 million or so HBO subscribers who will upgrade to the broader service, which is priced the same. Greenblatt hopes that the service will draw in new customers who would not have previously subscribed to just HBO.

“HBO is a phenomenal product but there’s a ceiling to it, and it’s been at that ceiling for a few years as the rest of the world has gone much more aggressively to these larger streaming platforms,” he said. “So I think not only will we be able to bring all of the WarnerMedia assets together in this platform, but one of the benefits if we do it correctly, is HBO — the great HBO service which is now 50 years old — will be exposed to many many more people, some of whom probably think, ‘HBO is not for me.'”

HBO Max, priced more than its competitors at $14.99 a month, is relying on its deep vault of library programming to differentiate it from Netflix, Disney Plus and its various competitors. But Greenblatt was quick to note that the streaming service will also launch with six TV series, including Anna Kendrick starrer “Love Life” and an Elmo talk show, as well as all of HBO’s original programming, such as the upcoming “Perry Mason” and “Lovecraft Country.”

The interface of HBO Max will include carousels as well as content hubs of programming grouped by brand, to help viewers sort out the many different entertainment portfolios that the service will offer, from HBO to Cartoon Network to Warner Bros. to Turner Classic Movies.

“We’re just trying to find new ways for people to navigate through a [streaming] platform,” said Greenblatt. “I think we’re all frustrated to some degree with the volume of these platforms, and you can scroll this way, that way, up and down, and be frustrated at not finding something unless you search for it. And we’re trying to do some things organizationally which I think will make a difference.”

For example, there will be carousels of “Friends” episodes grouped by “certain funny and interesting sort of themes,” he said.

One of the distinguishing factors of HBO Max will be its curation, said Greenblatt. The service is built off the HBO Now platform — HBO’s current streaming standalone service — though he said it is “visually more arresting” than HBO Now, which was a “simpler product and didn’t scale in terms of users.”

WarnerMedia is serious in its ambition to create the highest quality streaming service on the market, he said.

“Anything you bring the market in this space is high stakes. I mean, we just saw Disney transform their entire company to bring [Disney] Plus to market and what a stunning success that is,” said Greenblatt. “So, yes, the stakes are really high. And we knew that HBO being fundamental to the platform was gonna keep the stakes really high for us as well. And yet, we also knew that that brand means something to the audience, not only here domestically, but around the world. And we felt that we wanted to assign ourselves the task of any of the programming that we add to this platform alongside the HBO service has got to be at that kind of quality level.”

Greenblatt, who started his career in television at Fox Broadcasting in the 1990s, also recalled developing the original pilot script for “The Sopranos” with Kevin Reilly — now HBO Max’s chief content officer — and creator David Chase.

“It was Kevin and myself and David Chase who developed the original pilot,” he said. “And then we quickly realized — by the way, the script was incredible — but we realized pretty quickly that even the Fox network, bold as we want it to be, couldn’t really do that show the way that you know, the way that David wanted to do it, very unvarnished and with the violence in the language. So we reluctantly passed on it. And then of course, it took a few more years to finally find its way to HBO, and the rest is history.”

(The “Sopranos” pilot that aired on HBO, by the way, was an “almost intact” version to the original script that Greenblatt and Reilly first read.)

As for the much-awaited “Friends” reunion special, Greenblatt said that it will likely be filmed by the end of the summer, and committed to the idea of having it taped in front of a live studio audience.

“We’re holding out for being able to get this special done hopefully by the end of the summer, if the stars align and hopefully we can get back into production,” he said. “We do think there’s a value to having a big, raucous live audience to experience these six great friends coming back together and we didn’t want to just suddenly do it on a web call with, you know, six squares and people shooting from their kitchens and bedrooms.”