ViacomCBS to Shutter Niche Streaming Services to Focus on Paramount Plus 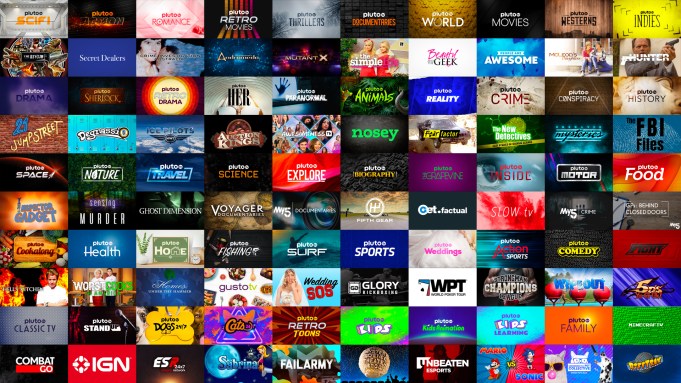 Amid some skepticism from Wall Street, ViacomCBS executives spent most of the company’s third-quarter earnings call hawking its streaming capabilities and selling the investment community on Pluto TV, the rebranded Paramount Plus and its broader direct-to-consumer strategy.

The company, which is coming up on its first-year anniversary of the merger between Viacom and CBS, also announced the sunsetting of its smaller streaming services, such as MTV Hits. While the company would not confirm which of its other smaller subscription DTC platforms would get the axe, it’s likely safe to assume that NickHits and Comedy Central Now are being eyed for absorption into Paramount Plus. The fairly low-profile niche platforms mostly be accessed via services such as Amazon Channels and the forthcoming Apple TV direct-to-consumer platform. (Kid-friendly Noggin, which has at least 2.5 million subscribers to its name, is not going to be shuttered, according to a ViacomCBS spokesperson.)

Ad-supported free streamer Pluto TV got quite a bit of love on the call as well, having reached 28.4 monthly active users, up 57% from the prior-year quarter, and is expected to reach 30 million MAUs domestically by year’s end. Just two weeks ago, Pluto TV Tom Ryan was named head of ViacomCBS’ newly created streaming division.

“I couldn’t be happier to acquire Pluto in late 2018, it’s an amazing asset, and it’s growing faster than we had hoped,” said ViacomCBS CEO Bob Bakish on the call, adding that his ambitions for the service have since grown.

He also touted Paramount Plus — currently known as CBS All Access — which will officially be rebranded in early 2021 as a place for live sports, breaking news and, in Bakish’s oft-touted phrase, “a mountain of entertainment.”

The service will lean heavily on franchises such as “Star Trek,” and Bakish expects it to house enough content to attract new paying subscribers, even as popular series such as “South Park” have been licensed out to competitors like HBO Max.

“We can’t keep all that for ourselves. It’s too much,” he told analysts of the ViacomCBS content library, noting that its monetization follows a rental model, which means that the “IP does return to us over time for downstream uses.”

But the company’s strategy has shifted toward an owned-and-operated model, adopting a co-license or non-exclusive model so that Paramount Plus can also carry series and films that are licensed elsewhere. Bakish is betting that its content licensing model will not detract from Paramount Plus’ subscriber acquisition goals; the hope is that franchise originals from “SpongeBob,” “Criminal Minds” and “The Godfather” will drive sub growth and that the streamer’s notably large library of content will keep them there.

But ViacomCBS faces a not-insignificant share of skepticism about its streaming potential.

Before the call, Wells Fargo Securities analyst Steven Cahall remarked in a research note that the company’s direct-to-consumer pivot “remains the pivotal (pun!) item that has yet to fully convince the street.”

Though ViacomCBS sees $2.5 billion in annual run-rate streaming revenue, Bernstein analyst Todd Juenger noted that “Bears, like us, would argue the streaming is more of a mirage than a sustainable, incremental revenue stream.”

Separately, when asked about ViacomCBS’ free cash flow as it relates to content production and acquisition, Bakish acknowledged that the ongoing coronavirus pandemic “interrupted a trajectory that was pretty well understood. It did impact film and tv production.

“But I’m happy to say we’ve made significant progress in returning to production” at near normal volumes,” he said. At CBS, all fall network series are currently in production, and almost all series at premium cable Showtime are back up in production. On the film side, Paramount is ramping up production and expects to be at full capacity in 2021, while originals at streamer Paramount Plus are also on track, said Bakish.