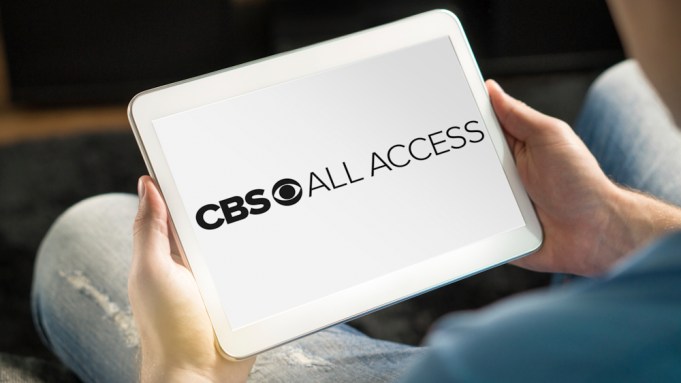 ViacomCBS released solid third-quarter earnings on Friday that showed signs of improvement in advertising sales and affiliate revenue as well as strong growth in its streaming operations.

Paid subscribers for CBS All Access and Showtime standalone streaming services have climbed to 17.9 million, up from the 13.5 million subs disclosed earlier this year. The company also said its ad-supported Pluto TV service has reached 28.4 monthly active users. Total streaming and digital revenue reached $636 million, up 56% from the year-ago frame.

ViacomCBS previously set a goal of amassing 25 million subscribers for Showtime and CBS All Access by the end of 2022. The company has nearly reached its target of 18 million subscribers for 2022 that was offered with its second-quarter earnings report. The new sub target for year-end 2020 is 19 million, ViacomCBS chief financial officer Naveen Chopra said.

ViacomCBS hopes the focus on streaming metrics will help investors warm up to the company’s bifurcated strategy to build up its in-house platforms while also supplying content to third-party buyers around the world. The company plans to rebrand CBS All Access as Paramount Plus early next year.

Bob Bakish, ViacomCBS president-CEO, said his confidence in the growth potential presented by Paramount Plus was reinforced earlier this year when the company added hundreds of hours of Viacom-related content to the CBS All Access service. Another 10,000 hours of new and library programming is coming with the relaunch, which is pegged to early next year but not a specific date yet.

The preview “served as proof of concept [and] has given us the confidence to lean in” on an aggressive investment in Paramount Plus. He noted that the age range of new CBS All Access/Showtime subs has dropped by 10 years and that the customer base is “more diverse.”

“There’s lots to be excited about here,” Bakish told analysts during the company’s earnings call. “We see substantial incremental growth ahead.”

ViacomCBS’ revenue for the quarter ended Sept. 30 and was down 9% year-over-year to $6.1 billion, which still topped analysts expectations of around $5.94 billion. Earnings per share also surpassed expectations at 91 cents, down 17% from the year-ago period.

Net income dropped 2% to $612 million. Adjusted operating income fell 12% to $1.1 billion. Advertising revenue, a key metric for investors trying to assess the impact of the pandemic on the national economy, was down 6%, which was a sequential improvement and better than expected. Domestic ad sales fell 5% to $1.9 billion. International ad sales were hit harder, down 12% to $280 million.

CBS showed resilience amid the disruption. Revenue for the TV Entertainment sector that includes CBS and its related studio and distribution arms was off 4% for the quarter, to $2.4 billion. Ad sales were off only 1% ($1.1 billion) while affiliate revenue spiked 25% to $803 million thanks to what were surely contractually obligated increases set long before the coronavirus ravaged the country.

The Cable Networks wing, which includes the legacy Viacom cablers and Showtime, saw a 7% decline in revenue to $3.1 billion. Ad sales were down 11% to $1.1 billion; affiliate fee revenue perked up 4% to $1.6 billion thanks to the carriage deal ViacomCBS struck with YouTube TV in May that added key cablers to the digital MVPD’s lineup.

The struggles of the pandemic-battered theatrical sector are put in sharp focus by Paramount Pictures’ 94% slide in theatrical revenue, which dropped to $6 million from $94 million in the year-ago quarter. Adjusted operating income for the Filmed Entertainment division fell 18% to $54 million.

On the flip side, home-bound Americans seemed to pick up more books in the quarter. Simon & Schuster, the publishing division that ViacomCBS intends to sell, saw revenue soar 29% to $279 million thanks to the success of best-sellers including Mary Trump’s “Too Much and Never Enough” and Bob Woodward’s “Rage.” Adjusted earnings were up 5% to $58 million.

Bakish was also bullish on the advertising rebound evident in the earnings report. He said the company as a whole was up “low single digits” on pricing during the upfront sales period. The strength fo the scatter market, despite the upheaval wrought by the pandemic, has been so strong that the decision was made to limit the volume of sales during the upfront.