‘Utopia’ Canceled After One Season at Amazon 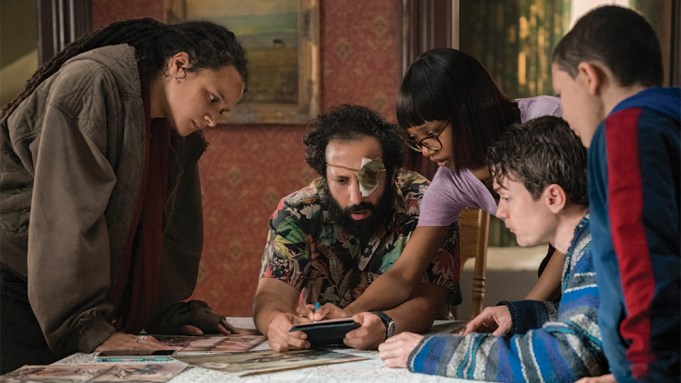 Turns out “Utopia” wasn’t a perfect fit at Amazon.

The streamer has canceled the sci-fi drama after only a single season, Variety has confirmed. News of the axe coming down on “Utopia” comes just over two months after it launched.

Inspired by the British series of the same name, “Utopia” hailed from “Gone Girl” and “Sharp Objects” writer Gillian Flynn, who served as showrunner and executive producer.

The eight-episode conspiracy thriller centered on a group of comic fans who met online and bonded over their obsession for a seemingly fictional comic. Together, Becky (Ashleigh LaThrop), Ian (Dan Byrd), Samantha (Jessica Rothe), Wilson Wilson (Desmin Borges) and Grant (Javon “Wanna” Walton) unearthed hidden meanings cloaked within the pages of the comic, predicting threats to humanity. They realized these are not just the makings of a conspiracy; they are very real dangers coming alive right now in their world.

The group embarked on a high-stakes adventure, bringing them face-to-face with the comic’s famed central character, Jessica Hyde (Sasha Lane), who joins them on their mission to save the world while harboring secrets of her own.

During the show’s Comic-Con@Home earlier this year, Flynn revealed she started working on the project almost seven years ago, sharing how she adapted it from the U.K. version.

“My idea was to not only Americanize it — and deal with things that are resonant to Americans in a lot of ways — but to also make things gritty and dirty and nasty in a very realistic way,” she said. “Whereas [Dennis Kelly, the U.K. show’s writer] took his cue from the graphic novels themselves, I took my cue more from the ’70s paranoia thrillers that I love.”