Usain Bolt Reveals What Could Bring Him Out of Retirement 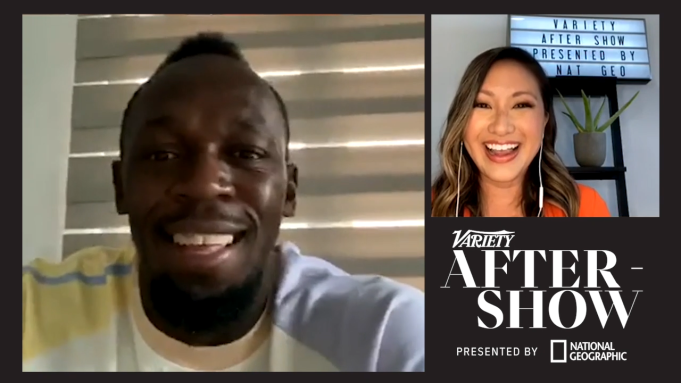 Usain Bolt says he can remember the biggest races of his career frame-by-frame, almost in slow motion, including his world record-setting one at the 2009 World Championships in Berlin. The Jamaican 8x-Olympic gold medalist and current fastest person in the world bested his then-biggest rival, Tyson Gay of the U.S., in the men’s 100-metres race, setting a new world record by completing the event in 9.58 seconds — and breaking his own previous record of 9.69 seconds at the 2008 Olympics in Beijing.

Retired since 2017, Bolt has been busy with another role as of late: he and girlfriend Kasi Bennett became parents to daughter Olympia Lightning Bolt, born in May. He says taking care of a newborn is more challenging than setting a world record.

“This is harder. The first week I got sick because I was scared to fall asleep, so I stayed up at night, just watching her,” he reveals on the Variety After-Show presented by National Geographic.

Bolt had hoped to attend the 2020 Olympic Games in Tokyo as a spectator, but the coronavirus pandemic has tentatively pushed the games until next year. While the 33-year-old says he’s disappointed, he sees a silver lining.

“The only good thing about it is that I actually get to take my daughter next year,” Bolt explains. “One of my ‘moments’ is to have my firstborn just walk on a track with me. That’s something that I’ve always thought about even before having kids.”

In the meantime, he’s dabbling in other sports. “I recently picked up cycling, which is really rough. I have a newfound respect for cyclers,” he says. He stays away from the track.

While he misses the crowds and the energy of competition, Bolt doesn’t miss the training, nor does he have plans for coming out of retirement — that is, unless he got a call from his coach, Glen Mills.

Watch the full interview with Usain Bolt on the After-Show above.