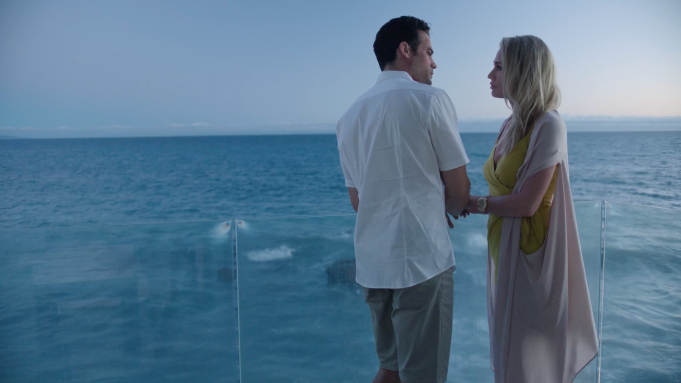 In the midst of TV productions coming to a halt due to the spreading coronavirus outbreak, USA TV Productions announced on Wednesday that “Nova Vita,” a new crime drama, is ready to hit the small screen.

The ten-episode series, which has already been filmed, is created by Bagrat and Vaagn Sargsyan and tells the story of two best friends — Mark Davis (Jared Farid Ward) and Carter Hayes (Micah Hauptman) — embroiled in legal trouble. The two cryptocurrency billionaires turn to revolutionary company Nova Vita who gives them new identities, appearances, and lives after staging their deaths. Soon, the FBI catches onto the conspiracy, and families are destroyed in the midst of catastrophe.

“Nova Vita” is seeking a network or streaming platform for distribution. “We decided to announce the completed project now as we believe Nova Vita will be a much welcomed escape for TV audiences around the world facing these difficult times,” said Bagrat Sargsyan in a statement. “The high-concept thriller is a very popular genre with viewers, both young and old. We can see what has resonated on Netflix, Amazon and HBO and ‘Nova Vita’ will be a plug and play series for the right outlet.”

“With Hollywood production at a standstill, broadcasters and streaming platforms are hungry for quality content like Nova Vita,” said Namer. “The series has it all — luxury lifestyle, international crime, conspiracy and intrigue. It’s sure to have great appeal for viewers around the globe.”

“Bagrat and Vaagn have created an amazing new series with Nova Vita,” said Pompadur. “From its excellent casting to its talented production team, the show will ignite viewers’ interest and be a must-see show to add to their schedules.”

View the show’s poster below.