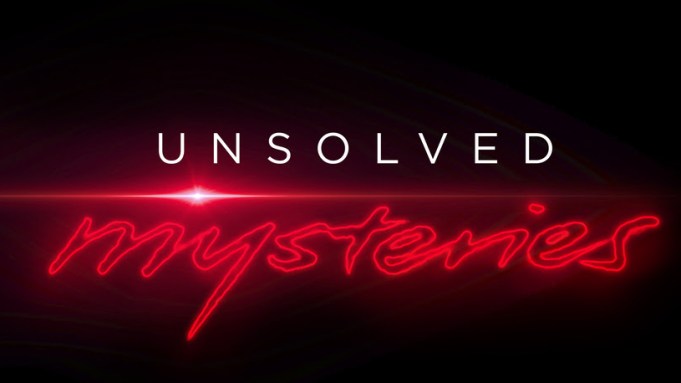 The latest installment of “Unsolved Mysteries,” which has seen various iterations starting in 1987, will be hitting Netflix soon.

The streaming platform unveiled the trailer for “Unsolved Mysteries Volume 2” on Thursday ahead of its Oct. 19 premiere. The set of episodes follow on the heels of Volume 1, which featured six episodes that were made available on Netflix in July.

“Why is it important to find out why a person died 25 years ago? People die all the time,” the trailer says. “I think it’s important for the family to know what happened to her.”

The six new episodes teased in the Volume 2 trailer, which you can watch above, include tsunami ghosts, stolen kids, a lady in the lake, the Washington Insider Murder, a death in Oslo and a death row fugitive.

Shortly after the first episodes aired, executive producer Terry Dunn Meurer told Variety that the second batch — featuring six new stories — will cover two more international cases and an “unusual” story pertaining to ghosts, though the two categories might not be mutually exclusive.

Volume 1 shifted from the typical “Unsolved Mysteries” style to include more interviews and analysis of the cases, and that’s a formula that will likely persist throughout the second portion of the rebooted series.

Cases for the first episodes included Rey Rivera’s alleged suicide, Patrice Endres’ disappearance, the death of Xavier Dupont de Ligonnès’ family and his subsequent vanishment, Alonzo Brooks’ death after a party, the claims of a UFO in Berkshire County, Mass., and the disappearing people connected to a woman named Sandy Klemp.

A major perk of the show being on Netflix, a global streaming platform, is that it gives the stories more of a wide-reaching audience, Meurer said. The larger the base of viewers, the more likely it is that somebody will recognize that they have details that may help in solving the show’s mysteries.

The Unsolved.com website accepts tips related to the stories covered in “Unsolved Mysteries,” which a team looks over and sends to authorities if deemed credible.