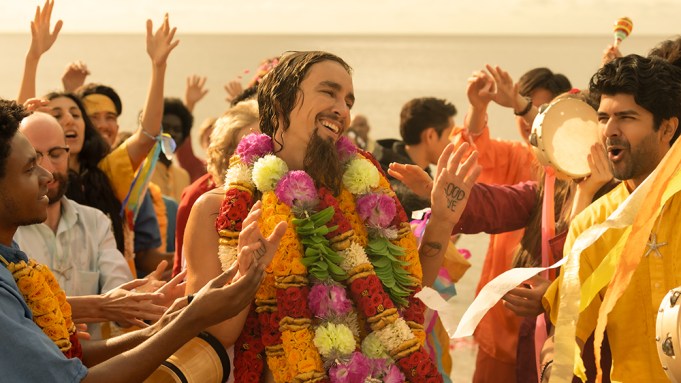 When “The Umbrella Academy” reveals its second season on Netflix on July 31, it will find the Hargreeves thrown back six decades, separated and fending for their lives.

A three-minute preview of the upcoming season opens after Five (Aidan Gallagher) throws the siblings back in time to escape the apocalypse that Vanya (Ellen Page) precipitated in 2019. But Five’s attempt to save his family has its shortcomings, dropping them in Dallas over a three-year period from 1960 to 1963 and causing another doomsday involving the assassination of John F. Kennedy.

Landing in a 1963 warzone, Five picks up a newspaper with the headline “Soviets Attack U.S.: JFK Declares War on Reds.”

“No, this can’t be right,” says Five in the opening scene of the new season, which you can watch above. “What the hell did we do now?”

In the backstory of the live-action series, on the same day in October 1989, 43 infants are born to an unconnected woman who shows no signs of pregnancy a day prior. In the Netflix adaptation of the comic books by the same name, six are adopted by billionaire Reginald Hargreeves (Colm Feore), also known as “The Monocle,” who creates the Umbrella Academy to train his “children” to save the world.