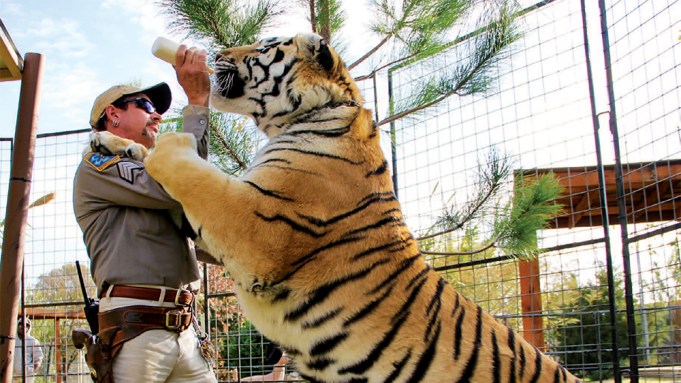 Fans of “Tiger King” will not be able to visit The Greater Wynnewood Exotic Animal Park as the property has now been closed permanently, according to a Facebook post from owner Jeff Lowe.

According to Lowe, he contacted the USDA to voluntarily forfeit his exhibitor’s license which allowed him to buy and sell animals, and the organization then notified him less than 24 hours later that they would be suspending his license for 21 days. Lowe said PETA and others have fought back against the park for the USDA’s decision.

“The very agency that has given my facility five consecutive perfect inspections, has now folded to the pressures of PETA and continue to make false accusations against me,” Lowe wrote.

Lowe’s other property in Thackerville, Okla. will serve as a hub for production of “‘Tiger King’ related television content for cable and streaming services” and he said that the cats will “continue to have excellent care, and consequently will no longer be subject to USDA inspections or PETA spies.”

The USDA did not immediately respond to Variety‘s request for comment.

Lowe, the notorious partier and friend of Joe Exotic who jumped in to save the park with his limitless funds and love for big cats, became a central character to the series which took the world by storm when it premiered on Netflix on March 20. When Exotic was convicted of two counts of murder-for-hire regarding his nemesis Carole Baskin and 17 wildlife charges related to the killing of tigers, Lowe took over the park.

“The ‘Tiger King’ phenomenon has definitely changed our lives in many ways. It has brought us more attention than any human deserves, good and bad,” Lowe wrote. “It has, and probably will continue to make us a target of every nutjob and animal rights loon in the World, but we are prepared.”

In June, Baskin was awarded the Wynnewood zoo after a judge ruled in favor of her company, Baskin’s Big Cat Rescue Corporation, in a lawsuit against the Greater Wynnewood Development Group, LLC, once owned by Exotic, making her the rightful owner of the park.

“Tiger King” is up for six Emmy nominations, including outstanding documentary series.