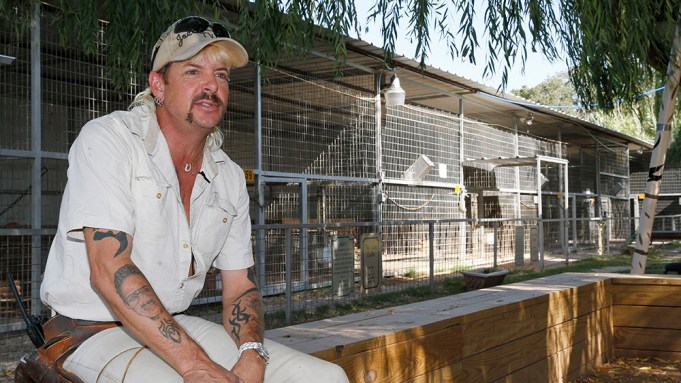 Hundreds flocked this weekend to the reopening of Tiger King Park, the exotic animal zoo that was featured in Netflix’s docu-series “Tiger King” and previously owned by Joe Exotic.

According to the Daily Mail, the Wynnewood, Okla. animal park was given clearance to reopen as long as both workers and visitors followed the Centers for Disease Control and Prevention’s sanitation and social distancing protocols. However, photos taken by Daily Mail show nearly all visitors disobeying the guidelines by not wearing masks and crowding together to get a look at the park’s lions and tigers.

Tiger King Park workers also appeared to neglect rules, including head zookeeper Erik Cowie and the zoo’s new owner Jeff Lowe, who both appear in the Netflix series. In photographs, Cowie appears close to visitors when presenting the animals, while Lowe and his wife Lauren are shown greeting guests as they entered the park.

Cowie and Lowe said they hope Tiger King Park, which was closed for several weeks due to the coronavirus pandemic, can be a new start for the now infamous zoo. Both have claimed to witness Exotic’s abusive behavior toward the animals, as well as those working for the park.

In an interview with Daily Mail, Cowie alleges that Exotic killed more than 100 tigers during his time of ownership, once killing five felines in a single day. Cowie added that Exotic often hit the animals, especially cubs, though he was scared of his full-grown cats.

“Several of the big cats would have eaten him alive if given the chance,” Cowie told Daily Mail.

In addition, Lowe has come out with new details about his acquisition of the park from Exotic, claiming that Exotic convinced him to purchase the park after confiding in him that he was HIV positive. In reality, Exotic had another auto immune disease called CVID, which shares a similar genetic code with HIV, but is not transmitted sexually.

“Joe not only told us he was HIV positive on several occasions, but told several other people. He used it to his advantage so he could scam something out of them,” Lowe said. “Netflix wanted you to believe that I stole the zoo from Joe and Joe wants you to believe it as well, [but] he begged me to buy it.”