‘This Is Us’ Team Talks Season 5: COVID, Black Lives Matter, Aftermath of Kevin and Randall’s Fight 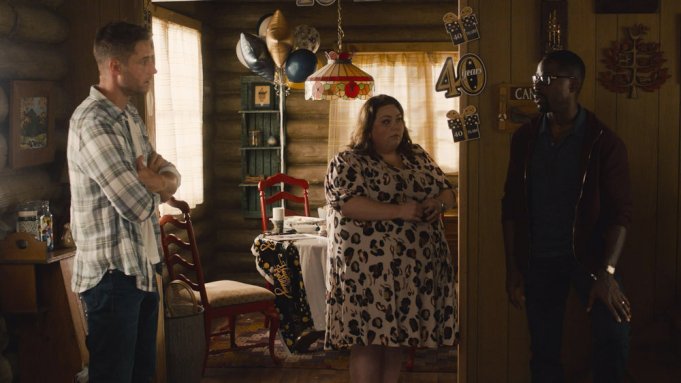 NBC’s “This Is Us” usually breaks its audience members’ hearts with emotional drama involving the fictional Pearsons across generations. But this season, it is making its cast members emotional on-set in a special way, too.

“The most heartbreaking thing,” series star Milo Ventimiglia said during a virtual panel for the show on Friday, is that due to COVID-19 health and safety guidelines, he can no longer just “pop in on set” to visit some of the other actors as they’re working in scenes he is not in. Usually he brings “my cameras, and I’d watch, but now I can’t,” he said.

“Everyone is lovely human beings,” he noted of the cast. “Through the pandemic there were moments where we were checking in on one another. I’m grateful to see them.”

That is a sentiment that will undoubtedly be echoed by the audience of “This Is Us” when it returns for its fifth season on Oct. 27. But not all characters within the season will be happy to see each other, or even interacting with each other much at all.

After the epic fight between Randall (Sterling K. Brown) and Kevin (Justin Hartley) in the fourth season finale that culminated in Kevin saying the worst day of his life was when his parents brought Randall home, those two will be estranged. Series creator Dan Fogelman pointed out that they “felt estranged” at the start of the series, and it was only through the course of the four seasons that they became close (so close that Randall relied on Kevin during one of his major anxiety attacks). The fifth season will focus heavily on the aftermath of that “fight that’s been building for 40 years between these two boys and now men who grew up in the same house,” he said.

Reflecting on the fight, Hartley pointed out that it wasn’t the two men screaming or “our of control.” Because “it was a calculated statement that Kevin made to Randall,” that made it more hurtful, Hartley said. “‘This is coming out of my mouth and I intend to hurt you.’ When you have fights like that, sometimes it takes an event to bring you back together. I don’t know how motivated both men are to reconcile.”

Brown added that back during production of the first season finale (“Moonshadow”), he had a conversation with Fogelman where he asked if she was sure he wanted to end the season on a fight (then between Ventimiglia’s Jack and Mandy Moore’s Rebecca), and the response was that sometimes you have to go through the dark to get to the light. But the fight at the end of Season 4, Brown recalled, was something about which Fogelman told him, “The s— between you and your brother is way f—ing worse.”

Fogelman shared that he started working on the first two episodes of Season 5 of “This Is Us” back in February, and he made a conscious decision to include both COVID and Black Lives Matter “woven into the show.”

“Randall has this come-to-Jesus moment in the first two episodes that you’ll see on Tuesday that I think is fascinating,” Brown said, noting that as a Black man who grew up in a white household and is now raising kids of his own, Randall knows the importance of having discussions about race.

Susan Kelechi Watson, who plays Randall’s wife Beth Pearson, said she felt the way “This Is Us” talks about Black Lives Matter is “like they eavesdropped in on people’s lives.”

But while the show will have a lot of conversations that reflect the very real discussions Americans are having, Fogelman said “our choice has always been to be apolitical.” Pushing the premiere date up by two weeks in order to launch just ahead of the 2020 presidential election was to cover things that are “difficult and then hopeful. It felt important to us to put it on TV now with no agenda other than that.”

“We don’t speak of Democrat or Republican or you-know-who on the show,” Fogelman said. “It’s always just been American life. [But] it felt almost irresponsible not to take on the moment, and I think you’ll find … it very much lives in the same space of the show where you’re dealing with the human [side of things].”