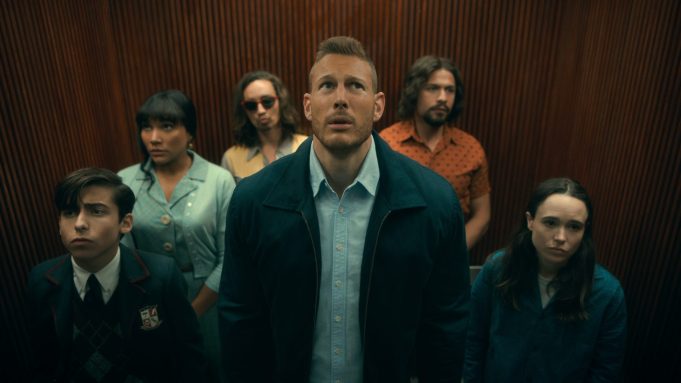 Netflix has released the official trailer for Season 2 of superhero series “The Umbrella Academy,” premiering July 31.

This time, the Hargreeves family finds themselves in 1960s Dallas, where they must face yet another apocalypse. After the events of the Season 1 finale, the family has been split up through time, all ending up with very different lives, including: Klaus is now the leader of a cult (naturally), Diego seems to be locked up in a mental hospital, and Allison appears to be involved in the Civil Rights movement. But somehow, the apocalypse they were looking to avoid is still going to happen, so they must reunite and figure out how their new realities are all connected to save the world.

Along with a new time period and setting comes several new faces. The crew will be joined by Texas housewife Sissy (Marin Ireland), the equally brilliant and insane Lila (Ritu Arya) and Raymond (Yusuf Gatewood), a dedicated husband and leader. Three Swedish assassins played by Tom Sinclair, Kris Holden-Ried and Jason Bryden will serve as the season’s new villains.

“The Umbrella Academy” is based on the comic book series of the same name from author Gerard Way and artist Gabriel Bá. Way and Bá are co-producers on the show alongside executive producers Jeff F. King, Mike Richardson, Keith Goldberg and showrunner Steve Blackman.

Watch the full trailer for Season 2 of “The Umbrella Academy” above.