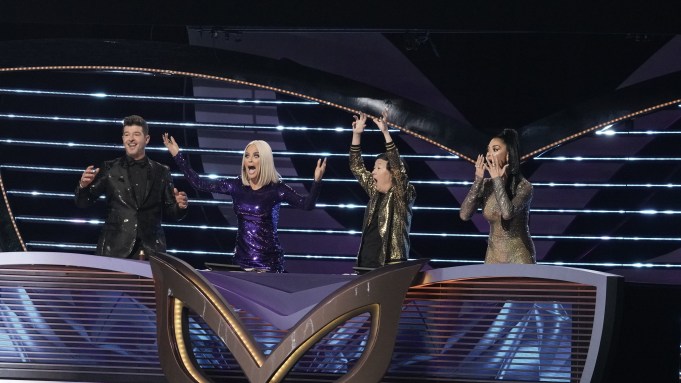 Fox has released the first teaser for the upcoming fourth season of its ratings and social media sensation.

Airing tonight during the season finale of “Ultimate Tag,” the teaser doesn’t offer too many clues, but there are a few scattered around the screen for viewers to find.

A photo of assorted vegetables appears about 10 seconds into the teaser, which must be a clue of some kind, while later on, an image of a baseball glove holding a massive diamond pops up in the background. Make of those what you will.

Then, as judge Ken Jeong states with typical confidence that he knows “exactly who it is,” an assortment of clues appear around him, including a gavel, a purple bowtie, a maple leaf, and the number 11 written twice on a piece of paper. It’s fair to say that those alone will be enough to get fans guessing.

Jeong and his fellow judges Nicole Scherzinger, Robin Thicke and Jenny McCarthy will be back for season 4 in September as part of a Fox fall lineup which has been drastically impacted the coronavirus production shutdown. “Masked Singer” will once again air on Wednesday nights, followed by a new season of “Masterchef Junior.”

One person who liked look he might not be a certainty to return is host Nick Cannon, who came under significant fire for anti-Semitic comments he made on his podcast earlier this month. While ViacomCBS terminated its long-term relationship with Cannon as a result, Fox stood by him and decided to keep him on as “Masked Singer” host.

It’s somewhat noticeable that Cannon does not appear in the teaser; only his voice can be heard saying “this is ‘The Masked Singer.'”