‘The Masked Singer’ Renewed for Season 5 on Fox 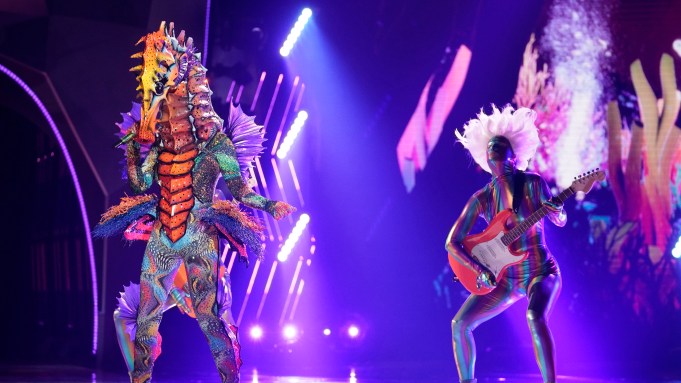 “The Masked Singer” has been renewed for Season 5 on Fox, the broadcaster announced Wednesday.

Season 5 will air on Fox in 2021. The news comes ahead of the two-hour Season 4 semi-finals episode that will tonight on Fox beginning at 8 p.m. ET/PT.

“I’m so happy to announce a new season of ‘The Masked Singer,” said Rob Wade, president of alternative entertainment and special for Fox Entertainment. “This show brings joy to so many families across the country, especially during these trying times, and we can’t wait to get even more celebrities suited up in crazy costumes for an hour of pure fun every week.”

The singing competition series in which celebrities don elaborate costumes to showcase their vocal skills has proven to be a runaway hit for Fox. According to the network, Season 4 of the series has average 11.5 million viewers per episode in multi-platform viewing to date. Fox has capitalized on the show’s success by launching the sister series “I Can See Your Voice,” which debuted on the network in September. Another show, “The Masked Dancer,” will launch on Fox on Dec. 27.

“The Masked Singer” is hosted by Nick Cannon and features panelists Ken Jeong, Jenny McCarthy, Nicole Scherzinger and Robin Thicke. The series was nominated for two Emmy Awards this year, winning one for outstanding costumes for a variety, nonfiction or reality Program.

Produced by Endemol Shine North America, the series was developed for the U.S. and is executive produced by Craig Plestis of Smart Dog Media and James Breen. Cannon serves as co-executive producer. “The Masked Singer” is based on the South Korean format created by Mun Hwa Broadcasting Corp.