Miss Monster is popping up at iconic spots all over Los Angeles in support of Fox’s “The Masked Singer,” while also promoting a pandemic-appropriate message: Wear a mask.

Starting Aug. 20, the “Masked Singer” activation features the show’s “Miss Monster” character at the Santa Monica Pier and taking over the famous Randy’s Donuts sign. The character also makes an appearance in Hollywood next to the large dinosaur character (currently masked for COVID) on top of at the Ripley’s Believe it or Not Museum.

At Randy’s Donuts, located in Inglewood, the first 100 customers between 8 a.m. and 10 a.m. this weekend and next weekend will also receive a free donut.

“Miss Monster” was a character on Season 3 of “The Masked Singer,” later revealed to be worn by music icon Chaka Khan. The costume is the counterpart to Season 1’s “Monster,” the one-eyed character who turned out to be that season’s winner, T-Pain.

Costume designer Marina Toybina oversees “The Masked Singer” creations, and she, along with costume supervisor Grainne O’Sullivan, assistant costume designers Gabrielle Letamendi and Candice Rainwater, have all been nominated in the outstanding costumes for a variety, nonfiction or reality program category. (The show also earned a nom in that category last year).

Meanwhile, the big news this year for the show is that “The Masked Singer” scored a nomination this year in the outstanding competition program category.

“Masked Singer” became a quick hit, and a cornerstone of Fox’s schedule — so much so that the series was given the plum slot behind the Super Bowl earlier this year. The show, which went back into production this week for Season 4, ranks as this season’s No. 1 entertainment series.

Here are more photos from “The Masked Singer” campaign: 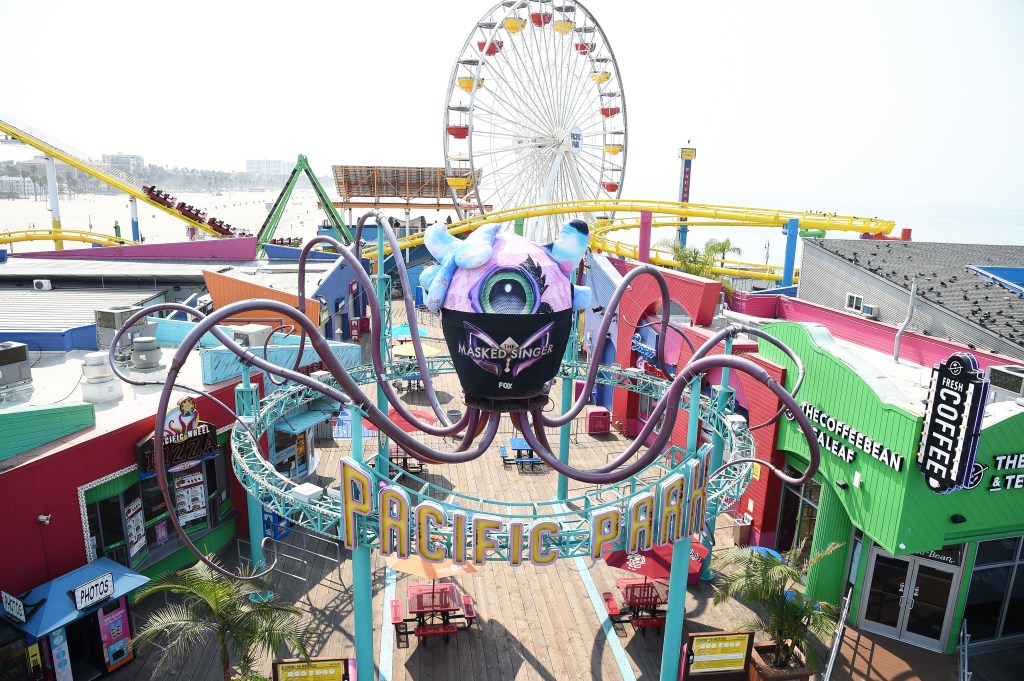