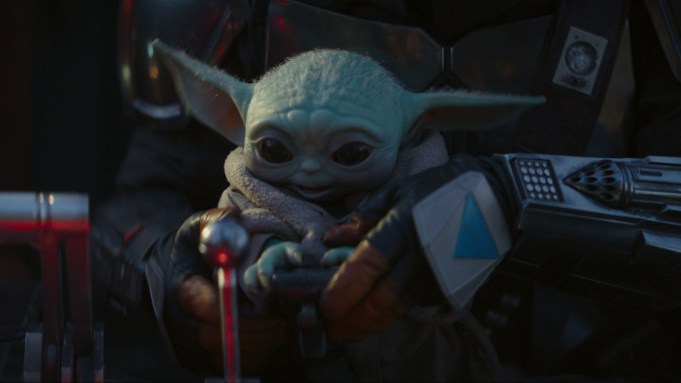 The October premiere date for Season 2 of “The Mandalorian” may still feel like it’s far, far away, but pre-production has already begun on a third installment of the wildly popular Disney Plus series, Variety has learned exclusively.

Sources close to the production have confirmed that creator Jon Favreau has been “writing season 3 for a while,” and that the art department, led by Lucasfilm vice president and executive creative director Doug Chiang, has been creating concepts for Season 3 “for the past few weeks.”

“We’ve just started pre-production and are looking into further adventures for the Mandalorian in Season 3,” revealed one source.

In addition, another source with knowledge of the situation confirmed that the production design department began working on season 3 on April 20, pointing to the fact the department requires “such a huge lead time” to explain why “the gears have started grinding really early on.”

News of season 3 being in the works comes just over a month after production wrapped on Season 2. “The Mandalorian” was luckier than most shows, as it managed to round off production in early March, just before the first coronavirus shelter in place orders came into effect.

Favreau confirmed that Mando and co. would be back for a second season via a tweet late last year.

Season 1 ended with Mando and Baby Yoda flying off in search of the Child’s home planet and while little is known about the plot for season 2, Giancarlo Esposito, whose villainous Moff Gideon was introduced at the end of Season 1, recently teased that fans can expect more darksaber-wielding in future episodes. Esposito even admitted to having “gone through two, three” props while shooting Season 2.

In other recent “Mandalorian”-related news, it was reported that “Briarpatch” star Rosario Dawson had joined Season 2 in a guest starring role as Ahsoka Tano, Anakin Skywalker’s apprentice and one of the central characters in the popular animated show “Star Wars: The Clone Wars.” However, Dawson remained tight-lipped on the matter during an interview with Variety a week ago.

“That’s not confirmed yet but when that happens, I will be very happy. I’m very excited for that to be confirmed at some point,” she said, adding it would be “a million and one percent because of the fans.”

“The Mandalorian” was the first “Star Wars” series to launch on Disney Plus and undoubtedly played a significant part in the service acquiring a whopping 50 million subscribers worldwide as of April 8.

The Mouse House also has two others series from a Galaxy far, far away in the works, namely an Obi-Wan Kenobi series with Ewan McGregor reprising the iconic role, and a Cassian Andor series starring Diego Luna, which recently added Stellan Skarsgard and Kyle Soller, as Variety reported exclusively.