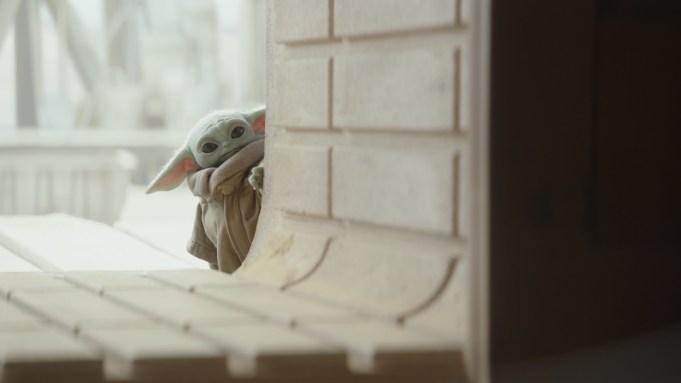 “The Mandalorian” has officially become the first Disney Plus series to make an appearance on Nielsen’s recently-launched streaming top 10 list.

The “Star Wars” series jets in at number three for the week of Oct. 26, placing only behind “The Queen’s Gambit” and “The Office” on Netflix. According to Nielsen, the show’s 9 episodes (including its Oct. 30 season 2 premiere) were watched for a total of over 1 billion minutes during that week. Expect “Mandalorian” to remain in the top 10 over the next few weeks as more of its second season is taken into account.

The season 2 premiere gave “Star Wars” fans a small glimpse of a former character, and it’s worth looking out for the boost the series will receive for the week of Thanksgiving, given the amount of excitement its revelations have generated online.

Elsewhere on the list, rom-com movie “Holidate” also made it for the first time, following in the footsteps of several other Netflix films.