‘The Mandalorian’ Behind-the-Scenes Docuseries Coming to Disney Plus 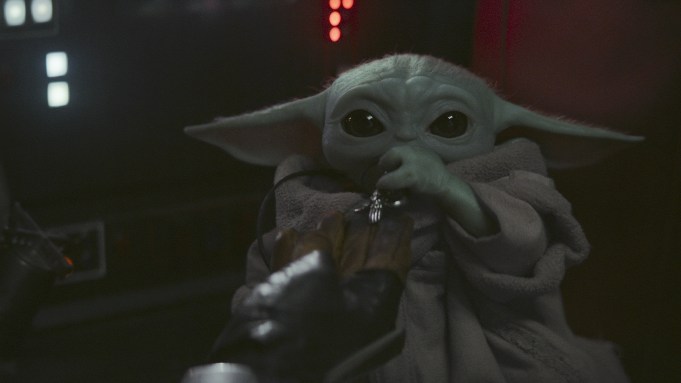 Disney Plus is trying is saying “May the fourth be with you” with some new behind-the-scenes “Mandalorian” content.

On May 4, known of course as Star Wars Day, the streamer will premiere an eight-part docuseries on the making of the popular series which spawned Baby Yoda and has been a driving force behind the platform’s early success.

Titled “Disney Gallery: The Mandalorian,” the docuseries will see creator Jon Favreau and the cast and crew share an in-depth look at the making of “The Mandalorian.” Each episode will explore a different facet of the first live-action “Star Wars” show through interviews, new footage, and roundtable conversations hosted by Favreau. Some of the topics covered will include how the cast brought the characters to life, the series’ use of technology, and the artistry behind the show’s practical models, effects, and creatures.

“’Disney Gallery: The Mandalorian’ is an opportunity for fans of the show to take a look inside and get to see a different perspective, and perhaps a greater understanding, of how ‘The Mandalorian’ came together and some of the incredibly talented contributors throughout season 1,” said Favreau. “We had a great experience making the show and we’re looking forward to sharing it with you.”

Star Wars Day will also see the release of the series finale of “Star Wars: The Clone Wars.” The animated series spearheaded by “Mandalorian” producer Dave Filoni is coming to an end after seven seasons.

Shooting on season 2 of “The Mandalorian” managed to wrap before the coronavirus shutdown, sources with knowledge of the production told Variety, meaning that the series is currently in post-production.

Season 2, which recently added Rosario Dawson in a role which will be very familiar to “Clone Wars” fans, is slated to drop on Disney Plus this Fall, after showrunner and creator Jon Favreau confirmed that a second season was on the way late last year. Favreau also previously revealed that Carl Weathers, who plays Greef Carga in the series, is set to direct an episode of its sophomore season.