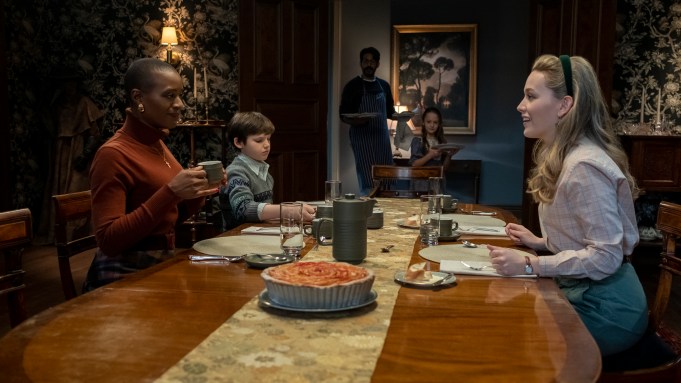 A pair of spooky offerings broke into the Nielsen’s list of top 10 most-streamed shows in the U.S. a few weeks ahead of Halloween.

For the week of Oct. 5, “The Haunting of Bly Manor” scared its way onto the list at number two, garnering an average of 1,175 million minutes in its first week. Adam Sandler comedy horror pic “Hubie Halloween” wasn’t far behind, joining the list at number three following its Oct. 7 debut.

Another newcomer to the top 10 for that week is Lilly Collins-headlined comedy-drama “Emily in Paris.” The series, which hails from “Sex and the City” creator Darren Star, has divided audiences and critics and been much-discussed on social media. “Schitt’s Creek” retained its spot at the top of the list, gaining around 500 million minutes from last week’s tally.

Once again, Amazon’s “The Boys” was the only show to break Netflix’s monopoly on the top 10.