‘The Great’ Renewed for Season 2 at Hulu 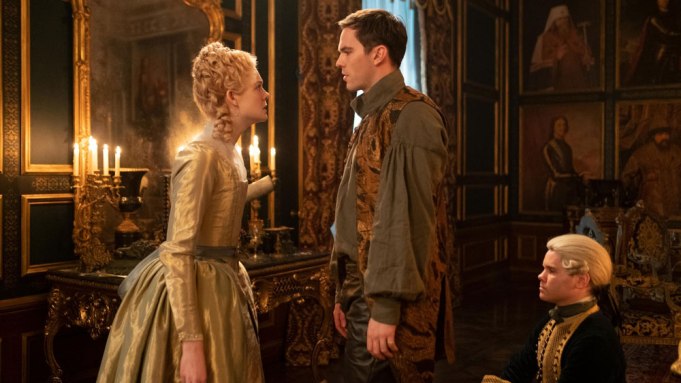 “The Great” has been renewed for Season 2 at Hulu.

The news comes just shy of two months after the debut of the first season on May 15. Like the first, the second season will consist of 10 episodes.

The series is described as a satirical dramedy about the rise of Catherine the Great (Elle Fanning) from outsider to the longest-reigning female ruler in Russia’s history.

Season 1 of “The Great” received mostly positive reviews from audiences and critics, with the show holding an 88% critical approval rating in Rotten Tomatoes.

McNamara was previously nominated for an Oscar for best original screenplay for “The Favourite,” another historical dramedy starring Olivia Colman as England’s Queen Anne.

“The Great” was one of Hulu’s recent entries in female-led comedies. Others include “Dollface,” “Shrill,” and “PEN15.” Hulu is currently prepping the series “Love, Beth” starring Amy Schumer.

Hulu has also found success in recent years with literary adaptations. The streamer recently launched the limited series “Normal People” and “Little Fires Everywhere.” Hulu’s flagship show is “The Handmaid’s Tale,” based on the book of the same name by Margaret Atwood.