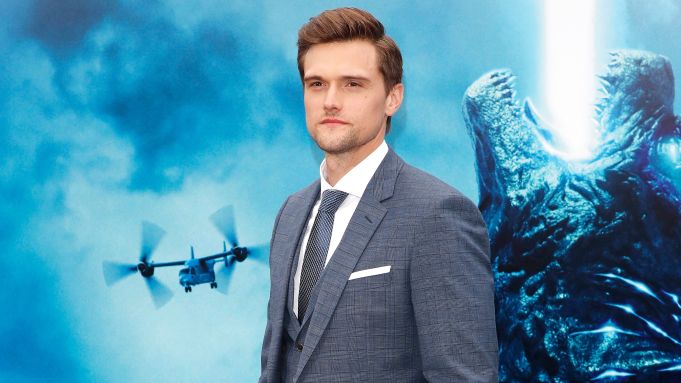 Hartley Sawyer has been fired from CW’s “The Flash” over a collection of racist and misogynistic tweets he posted prior to joining the show.

The news was confirmed by CW and the show’s producers Warner Bros. Television and Berlanti Productions, who provided Variety the following statement.

“Hartley Sawyer will not be returning for Season 7 of ‘The Flash.’ In regards to Mr. Sawyer’s posts on social media, we do not tolerate derogatory remarks that target any race, ethnicity, national origin, gender, or sexual orientation. Such remarks are antithetical to our values and polices, which strive and evolve to promote a safe, inclusive and productive environment for our workforce.”

The tweets in question date mainly from 2012 and 2014, including this one: “The only thing keeping me from doing mildly racist tweets is the knowledge that Al Sharpton would never stop complaining about me.”

In another tweet from 2012, Sawyer wrote that “as a lad, one of my favorite activities was kidnapping homeless women and cutting off their breasts.”

I am not watching or supporting @CW_TheFlash until this guy gets fired. Now. Are you one of those guys that say "but it was a joke"
Yeah right. pic.twitter.com/DzFK8CQb5O

Hartley issued an apology via his Instagram last week, saying that he is “incredibly sorry, ashamed and disappointed in myself for my ignorance back then.”

My words, irrelevant of being meant with an intent of humor, were hurtful, and unacceptable. I am ashamed I was capable of these really horrible attempts to get attention at that time. I regret them deeply. This was not acceptable behavior. These were words I threw out at the time with no thought or recognition of the harm my words could do, and now have done today. I am incredibly sorry, ashamed and disappointed in myself for my ignorance back then. I want to be very clear: this is not reflective of what I think or who I am now. Years ago, thanks to friends and experiences who helped me to open my eyes, I began my journey into becoming a more responsible adult – in terms of what I say, what I do, and beyond. I've largely kept that journey private, and this is another way that I have let so many down. I still have more work to do. But how I define myself now does not take away the impact of my words, or my responsibility for them. I am very sorry.

Sawyer joined “The Flash” in season 4 as Ralph Dibney, a.k.a. Elongated Man, and has been a series regular for the past two seasons. Season 6 finished airing just over a month ago.

The show’s executive producer Eric Wallace issued his own statement on Sawyer’s firing, saying that his posts are “indicative of the larger problem in our country.”

My statement regarding Hartley Sawyer and THE FLASH. pic.twitter.com/hni0MxOWZU

News of his firing comes less than a week after a writer and producer on the upcoming Chris Meloni-centered “Law & Order” spinoff was also fired for his offensive posts on social media.