‘The Dark Crystal: Age of Resistance’ Canceled After One Season at Netflix 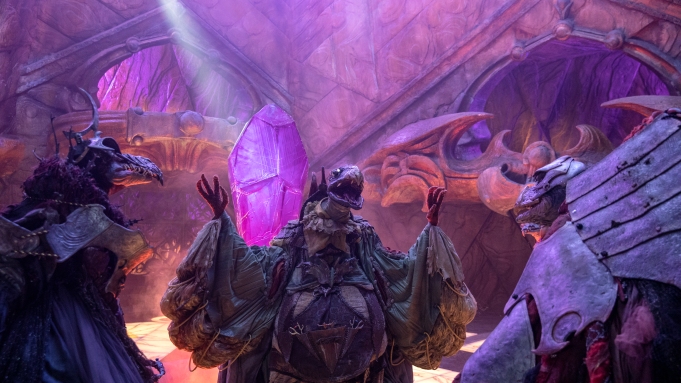 Netflix will not be returning to the planet of Thra.

The streamer has canceled its fantasy puppet series “The Dark Crystal: Age of Resistance” after only a single season, Variety has confirmed.

The show was a prequel series to the original 1982 Jim Henson film, which tells the story of a group of young Gelflings who discover that their overlords — the evil, hideous Skeksis — are duplicitous and plan to consume their subjects’ life energy via the dark crystal in order to fuel their own.

News of the cancelation comes mere days after the show won an Emmy for best children’s series.

“We can confirm that there will not be an additional season of ‘The Dark Crystal: Age of Resistance.’ We know fans are eager to learn how this chapter of ‘The Dark Crystal’ saga concludes and we’ll look for ways to tell that story in the future,” said executive producer Lisa Henson. “Our company has a legacy of creating rich and complex worlds that require technical innovation, artistic excellence, and masterful storytelling. Our history also includes productions that are enduring, often finding and growing their audience over time and proving again and again that fantasy and science fiction genres reflect eternal messages and truths that are always relevant. We are so grateful to Netflix for trusting us to realize this ambitious series; we are deeply proud of our work on ‘Age of Resistance,’ and the acclaim it has received from fans, critics and our peers, most recently receiving an Emmy for Outstanding Children’s Program.”

“We are grateful to the master artists at The Jim Henson Company for bringing ‘The Dark Crystal: Age of Resistance’ to life for fans around the world,” added a Netflix spokesperson. “We’re thankful to the executive producers Lisa Henson and Halle Stanford, and Louis Leterrier, who also directed all episodes, as well as the writers, cast and crew for their outstanding work and thrilled they were recognized with the Emmy this weekend.”

Before the show premiered, writers and co-executive producers Will Matthews, Jeffrey Addiss and Javier Grillo-Marxuach sat down with Variety to discuss where “Age of Resistance” was meant to fit in “The Dark Crystal” world, as well as obvious comparisons to other high fantasy fair like “Game of Thrones.”

“People think the dragon stuff is revolutionary, but what we were excited for with this is bringing that level of complexity and density to the characters and the show that could be dismissed as a puppet show for children or as high fantasy for nerds. We really liked this idea of the bad guys, the good guys, everyone having an arc and a perspective that was rich and full,” said Matthews.

Louis Leterrier directed and executive produced “Age of Resistance” alongside Henson and Halle Stanford. The puppetry was brought to life by The Jim Henson Company, which also produced the show.