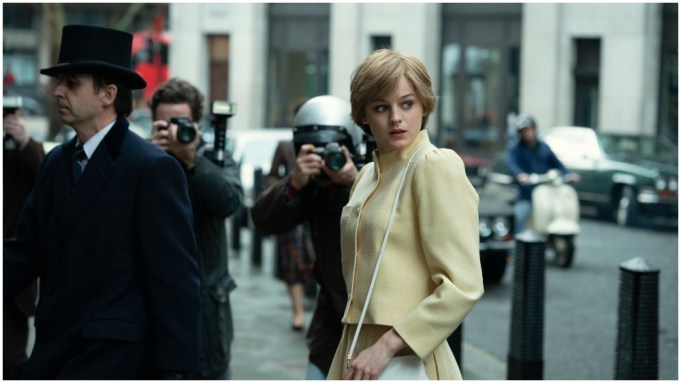 U.K. Culture Secretary Oliver Dowden has demanded that Netflix label “The Crown” as fiction, in order to make it clear that certain events depicted in the show should not be taken as fact.

In an interview with Daily Mail, Dowden said: “It’s a beautifully produced work of fiction, so as with other TV productions, Netflix should be very clear at the beginning it is just that. Without this, I fear a generation of viewers who did not live through these events may mistake fiction for fact.”

Dowden is expected to write Netflix a formal request that a label is added to the beginning of each episode, clearly stating that the series is fictionalized. Dowden’s demands echo worries that the series will do lasting damage to the image of the British monarchy.

Charles Spencer, the brother of Princess Diana, told ITV on Wednesday that he also believes a disclaimer is necessary.

“It would help ‘The Crown’ an enormous amount if at the beginning of each episode it stated that, ‘This isn’t true but is based around some real events,'” Spencer told ITV. “Because then everyone would understand it’s drama for drama’s sake.”

Princess Diana is one of the main focuses of Season 4, and “The Crown” depicts her struggles with bulimia in several episodes – which are flagged with a health warning at the beginning.

Emma Corrin, who portrays Princess Diana in “The Crown,” told Variety in an interview: “Those were difficult scenes to film and I also feel like taking her to that place was a good thing. It gave me somewhere to go with her, but I was exhausted a lot those days coming off set because at the same time as you’re playing someone who’s fictionalized and obviously you’re not feeling or thinking those things, it’s your job to make yourself feel that way.”