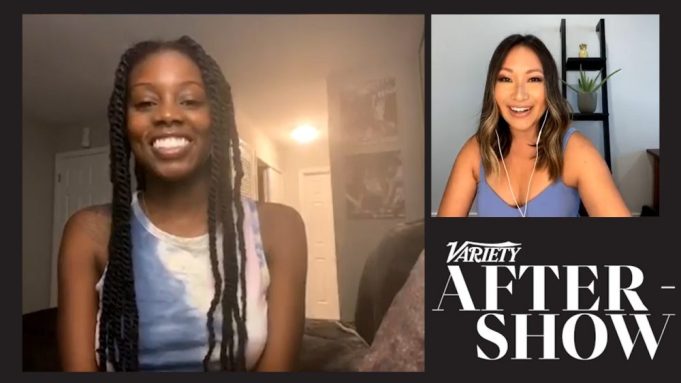 SPOILER ALERT: Do not read if you have not yet watched the fifth episode of “The Chi” titled “Terror Town.”

Sunday night’s episode of “The Chi” revealed that, after going missing a few episode back, Kiesha — played by Birgundi Baker — is very much alive and being held captive by an abusive kidnapper. By episode’s end, Kiesha manages to break down a door and almost escape before being violently dragged back into the perpetrator’s home.

“I had to do a lot of preparation, a lot of mental, spiritual and physical preparation for it,” Baker tells Variety on the “After-Show.”

She practiced meditation to help her get into character and researched real-life cases of missing girls and women. “I had to take a lot of time before we shot our scenes to just pray. I’m very spiritual, so I would just ask for guidance and ask that I do justice to the characters and the women who have gone through this.”

It’s a storyline that is certainly close to Baker’s heart, and one that feels particularly relevant right now. “I’m a mother, and I’m a Black woman. So, just seeing all these cases with all of our missing Black women going on, it’s very personal,” she said.

Baker said Kiesha’s kidnapper is a character viewers have seen before, albeit fleetingly. And by season’s end, Kiesha will not necessarily be on a better path than she was at the outset of the season, when she was debating whether or not to take pursue a track scholarship at Pepperdine University in Malibu.

“You can expect Kiesha to fight for her life. You can expect Kiesha, that when she is found, to be completely different person,” Baker said. But, Baker assured, there is hope for the teenaged character. “Not just women but anyone who goes through this, can always go on a journey of healing.”

Watch the full interview with Birgundi Baker on the “After-Show” above.