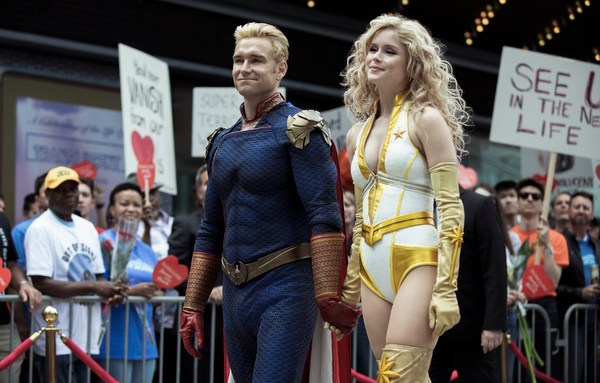 “The Boys” could soon be getting a spinoff. Variety has learned that Amazon is fast-tracking development on a new iteration of the popular comic book series adaptation.

The news comes just under three weeks after the premiere of Season 2 of the series, which is based on The New York Times best-selling comic of the same name by Garth Ennis and Darick Robertson. The second season is airing weekly, while the first dropped all at once, with the finale set to air Oct. 9. According to Amazon, the second season had the most-watched global launch of an Amazon original series ever, with the episodes to date having grown the audience from Season 1 by 89%. It was renewed for a third season ahead of the Season 2 premiere while also adding an aftershow hosted by Aisha Tyler.

The spinoff is set at America’s only college exclusively for young adult superheroes (or “supes”) that is run by Vought International. It is described as an irreverent, R-rated series that explores the lives of hormonal, competitive supes as they put their physical, sexual, and moral boundaries to the test, competing for the best contracts in the best cities. Part college show, part Hunger Games — with all the heart, satire and raunch of “The Boys.”

The second season sees the titular vigilantes on the run and hunted by the supes. Hughie (Jack Quaid), Mother’s Milk (Laz Alonso), Frenchie (Tomer Capon) and Kimiko (Karen Fukuhara) are in hiding after the explosive events of the first season finale, while Butcher (Karl Urban) is off on his own for a bit. Meanwhile, Homelander (Antony Starr) is trying to expand his power in a few new ways and Starlight (Erin Moriarty) is trying to navigate her own place in the Seven as the group shifts. Stormfront (Aya Cash), a social-media savvy new supe, comes in with an agenda of her own, while a larger threat looms, leaving Vought seeking to capitalize on the nation’s paranoia