‘The Bachelorette’: Clare Crawley on Eradicating the Social Stigma of Being Single in Your Late 30s 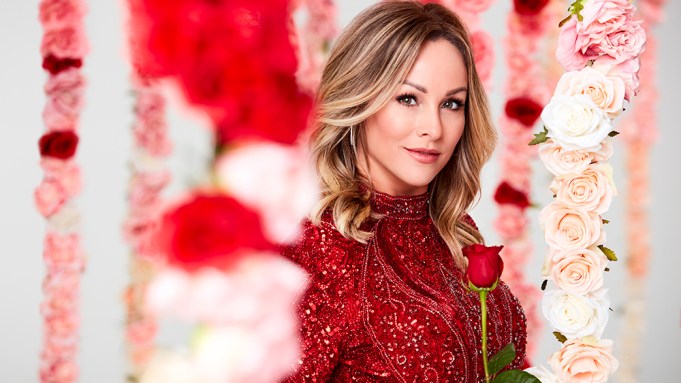 “The Bachelorette” may just be a reality TV show, but Season 16 star Clare Crawley is ready to use her national platform to inspire millions of women.

Crawley, who was first introduced to viewers on Juan Pablo Galavis’ season of “The Bachelor” when she was 32 years old, continued to look for a long-lasting relationship on two seasons of “Bachelor In Paradise.” She has found love on television before, becoming engaged to contestant Benoit Beauséjour-Savard on the spinoff “Bachelor Winter Games,” but the couple called off their engagement in 2018.

Today, at 39, Crawley is not giving up and wants to prove to women around the world that it’s never too late — and more importantly, that you should never settle and should focus on self love.

“There are so many women, people out there that are my age, who are still looking and have not found their person. It’s not a negative thing whatsoever. I hate how people portray it,” Crawley tells Variety.

“To me, what it exemplifies is that you’re this age and you’re still single because it’s not for lack of options,” she continues. “It’s because you have specifically chosen to remain single until you find the person that really makes you happy and that you really want to settle down with and live your life with and grow with. It’s not a negative. You make a conscious choice. I could have gotten married 20 years ago if I wanted to. There are plenty of options out there.”

On the premiere episode, Crawley told host Chris Harrison that she was excited to become the titular Bachelorette because she wants to prove to women that it’s always worth showing up. She candidly revealed that she has been to therapy and made it out of an abusive relationship.

Elaborating further with Variety, Crawley explains that she was willing to re-enter the limelight of reality TV because her experience on “The Bachelor” franchise has helped her grow into the person she is today, and when she met with producers to discuss the possibility of starring on the show, she conveyed her personal growth from the time she appeared on Galavis’ season in 2014.

“I never shared the stuff I had gone through to get me to where I was, so to be able to talk to everybody and get that off my chest, was a form of healing just for myself,” she recalls about her casting meeting. “I want to be able to be that woman who doesn’t give up on love and doesn’t settle.”

Earlier this week, ABC executive Rob Mills spoke with Variety about the decision to cast Crawley, noting that her maturity was a key factor in selecting her to become the Season 16 star. He says the network is aware of past criticism that previous contestants of the franchise may have been too young, or not serious about entering a real-life relationship, which made television storylines appear unrealistic.

“We met with girls from Peter’s [Weber] season, and we felt that we should maybe go with someone who’s a bit more mature,” Mills said. “One of the criticisms of Peter’s season is that some of the girls seemed awfully young and the audience was questioning if they were ready to settle down. No one can argue with the fact that Clare is ready.”

The decision to open up about therapy and an abusive relationship was tough for Crawley, but she says it was important to her to share her experience with other women who have gone through similar situations.

“When you go through something like that, and having experienced something like that in your life, it really cuts you down and you feel all the feelings that those cycles perpetuate — worthlessness, you feel shame, you feel embarrassment, how did I let this happen?” Crawley says. “I know for a fact I’m not the only woman or person who has gone through these things.”

“More importantly, since I’ve gone through all the therapy and have done and extraordinary healing for myself to get to the point where I’m at now,” she continues, “I wanted to be able to say you can have experienced that and still find your self worth and still find your value in your own life for your own self love. I wanted women to be like, ‘I can do that, too!’”

As for her journey to find love this season, rumors are running rampant that Crawley departs the season early, after falling for Dale Moss, resulting in production bringing in Tayshia Adams as a new Bachelorette midway through the season. Gossip reports have stated that Crawley and Moss are currently engaged.

While Crawley remains mum on her possible engagement, she beams as she reminisces on her first meeting when Moss stepped out of the limo, prompting her to face the camera and say she just met her husband.

“The Bachelorette” airs Tuesdays at 8 p.m. on ABC. Watch Variety‘s full video interview with Crawley above.