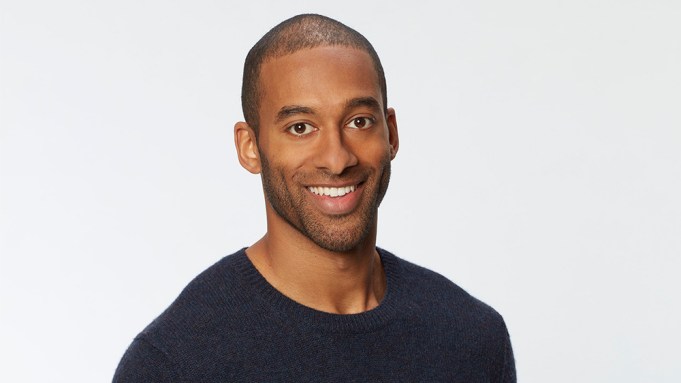 Matt James will become the first-ever Black star of “The Bachelor” when his season debuts in the new year, and more than one month ahead of the premiere, ABC is giving viewers a glimpse of the new leading man.

“Cheers to falling in love,” James says, raising a glass of champagne with his female suitors, who are seen coming out of the limo in bedazzled gowns, in the first trailer for the new season, which will premiere on Jan. 4 at 8 p.m.

“You’ve never been in love?” host Chris Harrison asks James, who responds, “I haven’t.” Harrison replies, “My job is to change that.”

The promo is full of “Bachelor” must-haves: James is seen without a shirt, he’s seen kissing many different women — in the hot tub, in front of a fireworks display — and multiple women are seen crying their eyes out.

Because of the COVID-19 pandemic, Season 25 of “The Bachelor” was filmed in a bubble, like the current season of “The Bachelorette,” which stars Clare Crawley and Tayshia Adams.

In order to film safely, both seasons were filmed on closed sets at resorts that were completely rented out for the duration of the production with the cast and crew living on-site. “The Bachelorette” was filmed this past summer at La Quinta resort near Palm Springs, Calif., and James’ season went into production this September at Nemacolin Woodlands Resort in Pennsylvania.

In a recent interview with Variety, ABC executive Rob Mills, who oversees “The Bachelor” franchise, said the new location where “The Bachelor” has been filming will provide more opportunities for on-screen creative elements, since production has to stay sequestered and cannot travel to foreign destinations for romantic, over-the-top dates.

Even though James’ season shot in a new location, the COVID-19 safety protocols remained intact. With ABC setting a Jan. 4 premiere date, it appears production went smoothly with no health or safety hiccups.

“The look of it will be completely different. It was nice to have a change of scenery, but beyond that, the protocols and everything are the same — we have a good system in place for as long as we’re in pandemic mode,” Mills said. “There was a ton of learning from the season of ‘Bachelorette’ that we were able to take and make this season of ‘Bachelor’ even better.”

In fact, extra female contestants were brought out to Pennsylvania, just in case anyone tested positive and would need to be sent home, but all potential cast members ended up testing negative for COVID-19.

James is the first-ever Black star of the franchise, but the network insists his selection was not a knee-jerk reaction to criticism regarding “The Bachelor’s” lack of diversity.

Over the past few years, the franchise has focused on improving diversity and inclusion efforts by diversifying the pools of contestants that make up the casts. However, the leads have still been largely white, up until recently. Rachel Lindsay was the first-ever Black lead of “The Bachelorette” in 2017, and in 2020, Adams replaced Crawley, who found love early and departed her season, and became the first Black and Latina lead of the female-fronted series, which is currently airing.

In announcing James as the lead for Season 25, Karey Burke, president of ABC Entertainment, addressed the franchise’s duty to diversify and noted the network’s ongoing commitment to the issue.

“We know we have a responsibility to make sure the love stories we’re seeing onscreen are representative of the world we live in, and we are proudly in service to our audience,” Burke previously said in a statement. “This is just the beginning, and we will continue to take action with regard to diversity issues on this franchise. We feel so privileged to have Matt as our first Black ‘Bachelor’ and we cannot wait to embark on this journey with him.”