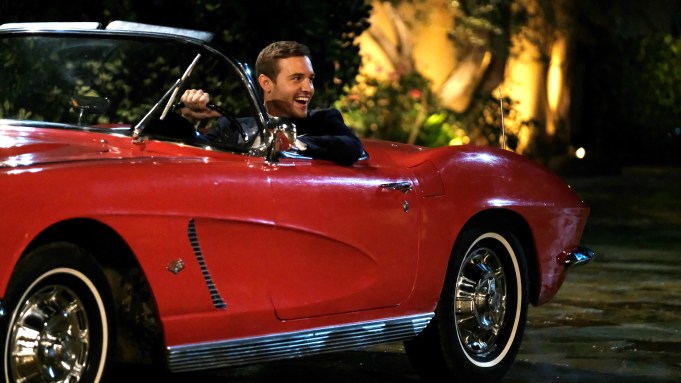 SPOILER ALERT: Do not read if you have not yet watched “The Bachelor” Season 24 premiere.

The new season of ABC’s “The Bachelor” has landed, with Delta pilot Peter Weber leading the franchise into its 24th season. While some of women vying for his heart have already found ways to stand out, it is the surprise return by Hannah Brown that promises to really shake up this season.

During the three-hour premiere, ABC reintroduced Weber, who originated as a contestant on Brown’s Season 15 of “The Bachelorette.” While several other contestants were up for the gig (including Mike Johnson, who would have been the first black Bachelor in the show’s history), Weber ultimately won the title after Brown admitted they had sex four times in a windmill during their final date in Greece on “The Bachelorette.”

At the start of his season, 28-year-old Weber welcomed 30 women vying for his heart, including five Texans, three flight attendants, two Victorias and only one woman over 30.

The premiere kicked off as each does, with contestants arriving by limo outside the Bachelor mansion. In a loop of awkward hugs and rushed introductions, several women used their time to make pilot puns and attempt memorable entrances: Madison Prewett kicked off with an oversized paper airplane and a plan to “land [Weber’s] heart”; Kiarra Norman contorted into a suitcase and was delivered by a bellman and a cart (“That’s some David Copperfield s—,” chimed host Chris Harrison); Tammy Ly used a TSA metal detector to inspect Weber; and Courtney Perry pedaled out on a mechanical bike plane. There were also several introductions with a nod to seasons-past, including when Deandra Kanu showed up with windmill-wings (“Are you ready for round five?”), and there was even an emotional support cow named Ashley P. that escorted Jenna Serrano into the mansion.

Rounding out the arrivals was a surprise appearance by Brown, who came to return Weber’s pilot wings that he gifted her during her season. “When I stood where you are, you wanted to find your co-pilot,” Brown said. “I want you to find that person so I brought these back to you.”

Inside the mansion, Weber had a chance to converse with the women who are fighting for his attention. One highlight included Kelley Flanagan, who Weber had met pre-filming when they ran into each other in a hotel lobby — she was leaving an event and he was exiting his high school reunion. She had already been cast in the show, and was second guessing filming before the “weird act of fate.” However, he ultimately rewarded Hannah Ann Sluss, who made enemies early for her repeated interruptions and for securing the first consensual kis, the first impression rose. “I think there’s room for two Hannahs in my life,” Weber told her.

First, there was a flight school group date featuring two special guests — Katie Cook (the first female Blue Angels pilot) and Alicia Johnson (C-130 pilot for the Marines). They were joined by nine of the women: Shiann Lewis, Victoria Paul, Jasmine Nguyen, Victoria Fuller, Flanagan, Sluss, Kanu, Perry and Ly. The women completed pilot-related trivia (only one of them knew how many feet are in a mile) and definitions for aviation (all sexual sounding in nature). They ended the date with an homage to “Top Gun” and an excessively competitive obstacle course. Flanagan won, despite cheating, and Weber rewarded her with the group date rose.

The apex of the episode came during the final group date of the premiere. Weber took nine more women on a date: Sydney Hightower, Alexa Caves, Savannah Mullins, Kelsey Weiner, Payton Moran, Alayah Benavidez, Natasha Parker, Mykenna Dorn and Lauren Jones. Former-Bachelorette Brown surprised contestants with her arrival again — this time to host the date. “Peter put in me in charge; that was a terrible idea on his part,” she said.

It may have also been a terrible idea due to Brown’s own feelings. Visibly upset about seeing Weber with new women, she reclused into a backstage area, where a producer eventually approached her, and she confided in him during a rare behind-the-scenes moment. Brown and Weber also got to speak candidly, in one of the show’s more authentic conversations in recent memory. The two discussed their past, which featured a lot of tears-smeared mascara.

“I don’t want to be someone’s third option,” Weber told her. “I thought I wasn’t confused, but now I don’t know.”

The episode ended by hitting audiences with a quintessential “To Be Continued…” after Brown admitted that she questioned sending Weber home in the first place and Weber inviting her to join the competition. After all of the heartbreak — will they reunite after all? In the words of Chris Harrison, it could be the most dramatic season yet.

“The Bachelor” airs on Mondays at 8pm on ABC.