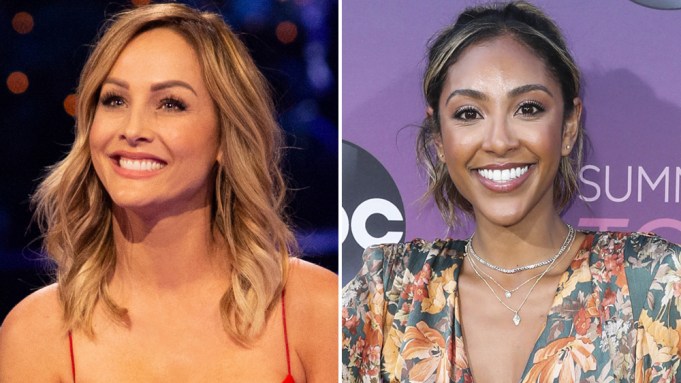 Tayshia Adams has essentially been confirmed as the new star of “The Bachelorette,” replacing Clare Crawley. The news was revealed in a promo that aired on Tuesday night teasing next week’s episode, which will finally reveal everything.

Despite rampant rumors about the unprecedented casting shakeup, up until now, ABC has remained silent on whether Adams will step in for Crawley, who is reported to have departed the show in the middle of filming.

While the season was shooting this summer, sources close to production had previously told Variety that there was validity to the rumors that Adams will swap in for Crawley, who had fallen for a contestant early on in the season. “It’s shaping up to be a very interesting season creatively with lots of twists and turns,” a production insider told Variety, at the time of the reported shakeup.

As has played out on the three episodes that have aired so far, Crawley has indeed fallen hard for contestant Dale Moss, which has been the core storyline of the season. Crawley’s close connection with Moss has angered the other male contestants, who appear to stage a walkout in next week’s episode, according to the promo that aired tonight on ABC.

By bringing in a new female lead, the male contestants would be given another chance to find love, after feeling as if they stood no chance for Crawley who only has eyes for Moss. In the promo, host Chris Harrison tells the group of men that in the nearly 20-year history of the franchise, he has never experienced what is about to happen.

Speaking to Variety at the start of the season, Harrison said that despite the rumors of the shakeup, the way the season plays out is unexpected. “A lot of people feel like they know exactly what’s happening this season. You don’t,” he said. “It is an explosive season, unlike any we’ve ever had.”

All questions will be answered in next week’s episode of “The Bachelorette,” which due to the presidential election, is airing on a new day, Thurs., Nov. 5 at 8:00 p.m. on ABC.