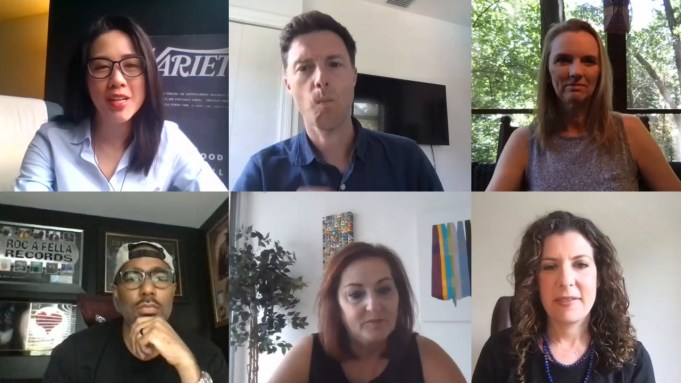 Industry presidents, executives, actors, showrunners and more joined Variety’s virtual TV Fest to discuss how they are navigating the ever-changing business, especially amid the COVID-19 pandemic and as America, and Hollywood, addresses its history of systemic racism. During the three-day event, network presidents discussed handling the representation of police on-screen, showrunners addressed returning to production and ViacomCBS president Chris McCarthy sat down for a keynote conversation about how the company has successfully turned some of its channels into brands.

Here are seven takeaways from the event:

Turning channels into brands can lead to content franchises

The merger of Viacom and CBS late last year has led a shift toward transforming channels into brands and building those brands into content franchises that can generate growth across multiple platforms.

“We actually just need experts in the content genre, not really in the channel lead anymore,” said Chris McCarthy, president of entertainment and youth brands at ViacomCBS Domestic Networks “We basically moved siloed brands to a sort of powerful portfolio with genre and content leads across all. It’s really been fueling our growth.”

McCarthy stresseed that the cable channels in his group — including MTV, VH1, Comedy Central, Paramount Network, Pop and Smithsonian — have become more of a launch pad for content that can now live in various amounts of platforms.

Not all shows are back in production

Despite Hollywood being given the greenlight to return to set, many drama showrunners at Variety‘s virtual “A Night in the Writers’ Room” agreed that they are “still in wait-and-see mode.” Even with precautions in place, Kerry Ehrin, showrunner of “The Morning Show” says the return to full production will be “trial and error.”

“It feels like everybody is selecting the best possible knowledge and creating a scenario based on that. We’re all going to try, and I think it’s going to be trial and error. It’s the basic stuff, it’s separating people, having as few people on the set as you possibly can, it’s pretty logical stuff. It’s just a question of if you can, if it’s actually gonna be functional,” Ehrin said.

Representation of police on-screen is changing

In the midst of nationwide protests sparked by the killing of George Floyd at the hands of a Minneapolis police officer, television networks have reconsidered the purpose of police-centric shows in their programming.

“I don’t know how you look at a police show and ignore [racial injustice],” said Michael Thorn, president of Fox Entertainment. “We certainly won’t.”

Many unscripted shows, such as “Cops” and “Live PD” have already been canceled as a result of the ongoing conversation concerning police brutality and racial injustice. Networks like ABC and FOX are outlining plans to address the topic of police brutality on shows that feature cops.

“All American” showrunner Nkechi Okoro Carroll and series executive producer Greg Berlanti addressed how the death of George Floyd combined with the pandemic has sparked an unprecedented time in America.

“That unfortunate perfect storm created a moment where people couldn’t deny what was happening in this country anymore,” said Carroll. “Because of that and because of the magnitude of the response we’ve seen, it does feel different…The speed with which so many companies, networks, studios, other entertainment entities put out statements in support of Black Lives Matter is not something we saw before.”

Carroll spoke about how Black TV writers are often made to continue on as staff writers while white peers move up the ladder, becoming producers and showrunners. She said the industry needs more people of color at top levels. “The days of me using my nice words are done because we’re at a crisis point,” she said.

The funeral scene for Angelica Ross’ character Candy in the fourth episode of “Pose” season 2 resonated with the cast and crew beyond the series. The scene was filmed the same day the cast found out a 23-year-old Black trans woman named Muhlaysia Booker was shot and killed in Dallas. Cellphone footage of a group of men attacking her made national news.

Media plays a vital role as the “connector” during isolation

PBS CEO Paula Kerger spoke at length about how the coronavirus outbreak and protests affected PBS and how the public broadcaster responded. She emphasized the role of media as a “connector” in a time of isolation and as a trusted source for news, information and educational content.

“I think it’s the most important of all the assets of public television — if one could call it an asset — the trust the American public places in us has been paramount, and it really is also completely intertwined with how we’re funded,” Kerger said. “People contribute to their public television stations locally because they trust them. They trust them that they’re going to provide accurate information, that they’re going to play an important role in the life of their community. And so for us, it has been very much at the heart of what we’ve stayed rooted all these years … Trust is something that is very carefully earned over time and can be lost in a moment if one isn’t vigilant.”

Necessity is the mother of invention

When Veena Sud was approached by Quibi to helm “The Stranger,” she immediately realized that working with the streamer would present some unique challenges, namely filming so the content could be viewed both vertically and horizontally and creating a story that felt like “a hybrid of film and television.” Sud explains, “Because it’s one piece, there’s a three-act structure to it. But because each segment is ostensibly 10 minutes or less, each episode has to feel satisfying and then propulsive to have you watch the next one. So I can’t end the episode with somebody eating an apple.”

Dane DeHaan had his own unique challenge in trying to decipher his character Carl’s motives. “As long as I have a reason why, I can make something happen,” “DeHaan says. “But to just play like a sociopath would have been difficult.” And to get into character, the actor decided to playfully troll his co-star Maika Monroe by doing extensive research on her before they got together for rehearsals. “There’s all these articles about her, interviews she’s done where she’s giving away like personal stories and personal information,” DeHaan says. “I basically knew the answer to all the questions I was asking her as I was pretending to get to know her to see if I could lead the conversation one way or the other with that information.”