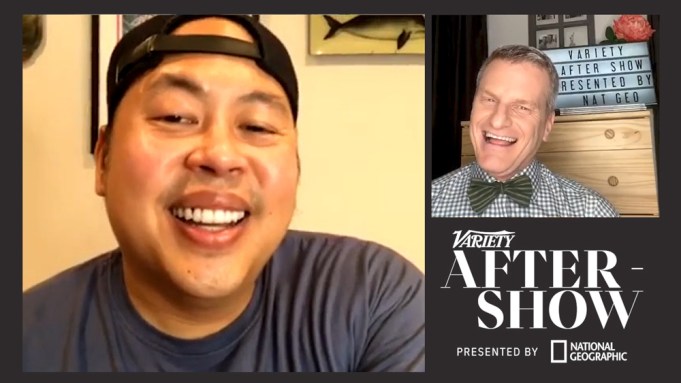 When production of the fifth season of “Superstore” was shut down in the wake of the coronavirus pandemic, there was still one more episode to shoot: the finale.

The episode would also mark America Ferrera’s last. The “Superstore” star announced in February that she was leaving the series. Ferrara will still pop up in the first episode of Season 6, co-star Nico Santos tells Variety. “We have to have a proper sendoff for the fans and for the fans to have closure with America’s character Amy leaving,” he said.

Five days after the cast and crew were sent home, Santos revealed in an Instagram post that his stepfather died of COVID-19. “His laugh is the thing I remember the most,” Santos said during an appearance Thursday night on Variety’s “After-Show” on Instagram. “He had just this loud, joyous laugh that was just infectious. … He was just like a great guy with a great personality.”

Santos’ mom also battled the virus, but she didn’t have to be hospitalized. “She is fully recovered,” the actor said.

He hasn’t seen his mom, who lives in the Bay Area, because of social-distancing protocols. Santos is also in a high-risk group because he has asthma. “I’m quarantining here at home with my boyfriend [‘Survivor’ star Zeke Smith], which is great,” he said. “I’m so grateful and thankful that he’s here with me. I honestly probably wouldn’t have survived these past few weeks without him.”

The two have been binge-watching “What We Do in the Shadows.” And like millions of others, they’ve watched “Tiger King.” They’ve also been cooking, finding inspiration from how-to videos on the Bon Appetit website.

Santos recently took part in a watch party for “Crazy Rich Asians.” He played Oliver in the hit Warner Bros. film. Director Jon M. Chu recently assured the cast during a Zoom reunion that a second and third movie are still in the works. “They want to get the script right,” Santos said.

As for the future of “Superstore,” Santos said he wouldn’t be surprised if the pandemic is addressed on the show. “Our show has always done well with tackling hot-button issues and current events and current topics,” he said. “People who work at big-box stores are sort of helping us save the day [right now] so it’s going to provide us with … an amazing angle on Season 6.”

Santos also told Variety which music superstar he’d love to see pop up on “Superstore.” Watch the video above to find out what he said.