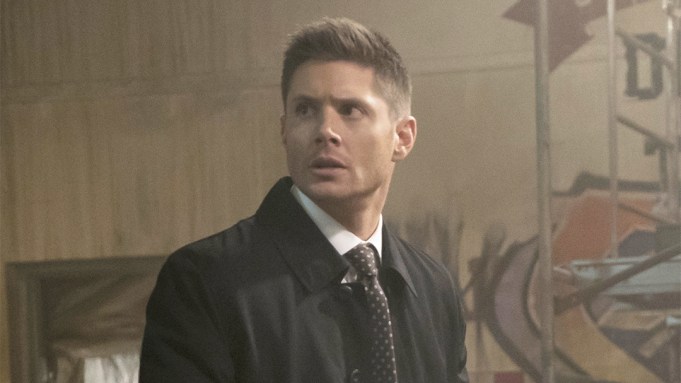 “Supernatural” star Jensen Ackles is jumping from one Eric Kripke show right into another. The actor is joining the cast of “The Boys” in its third season, Ackles and Amazon Prime Video announced Monday.

“I keep wondering what I’ll do….when @cw_supernatural finally ends this year,” Ackles wrote on Instagram. “Then it hit me.”

Ackles will portray Soldier Boy aka the original superhero in the streaming drama. After Soldier Boy fought in World War II, he became the first super celebrity and a mainstay of American culture for decades.

“When I was a child, I had a crazy, impossible dream — to provide Jensen Ackles with gainful employment,” said Kripke in a statement. “I’m happy to say that dream has come true. Jensen is an amazing actor, an even better person, smells like warm chocolate chip cookies, and I consider him a brother. As Soldier Boy, the very first superhero, he’ll bring so much humor, pathos, and danger to the role. I can’t wait to be on set with him again, and bring a bit of ‘Supernatural’ to ‘The Boys.’”

“The Boys” was renewed for a third season ahead of its second, which launches on Sept. 4 on Amazon. The show is based on the best-selling comic by Garth Ennis and Darick Robertson and was developed by Eric Kripke, who also serves as showrunner. Point Grey Pictures’ Seth Rogen, Evan Goldberg and James Weaver also executive produce, along with Original Film’s Neal H. Moritz and Pavun Shetty, as well as Phil Sgriccia, Craig Rosenberg, Rebecca Sonnenshine, Ken Levin and Jason Netter. Ennis and Robertson also co-executive produce along with Michael Saltzman.

Ackles currently stars on “Supernatural,” which Kripke created in the early-aughts and first launched on the WB network in 2005. It was scheduled to wrap up its 15th and final season in May of this year, before the coronavirus pandemic forced a production shutdown. Now, it is on-track to wrap this fall on the CW. Ackles’ previous acting credits include “Devour,” the big screen remake “My Bloody Valentine” and the independent rom-com “Ten Inch Hero.” On the small screen he is also known for “Smallville,” “Dark Angel,” “Dawson’s Creek” and “Days of our Lives,” for which he received three Daytime Emmy nominations and won a Soap Opera Digest Award in 1998.

Ackles and his wife Danneel Ackles are now active in raising funds for various social interests, including his “Supernatural” co-star Misha Collins’ Random Acts, as well as Creative Action, a nonprofit, arts-based youth development organization that provides creative learning programs for Central Texas youth; OutYouth, an organization providing a safe space for all sexual orientations and gender identities and The Birthday Party Project, and organization that throws birthday parties for children in homeless shelters.

I keep wondering what I’ll do….when @cw_supernatural finally ends this year. Then it hit me. *volume ⬆️