‘Supergirl’ to End With Season 6 at CW 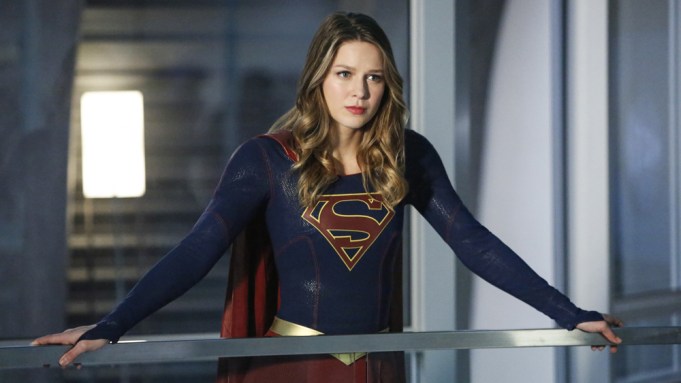 “Supergirl” is officially hanging up her cape.

In a joint decision, the CW and producers Warner Bros. Television and Berlanti Productions have announced that the upcoming sixth season of “Supergirl” will be its last.

Production on the “Supergirl” curtain call is set to begin later this month, and the writers have already started developing storylines for the final 20 episodes, according to sources. The network is aiming to premiere the sixth and final season sometime in 2021.

News of “Supergirl”‘s demise also comes almost exactly four months after the season 5 finale. The series originally debuted on CBS back in Oct. 2015, before moving to CW from season 2 onward.

The most recent season continued to star Melissa Benoist as the titular heroine, who also happens to be Superman’s cousin. She addressed the show’s end via social media.

“To say it has been an honor portraying this iconic character would be a massive understatement. Seeing the incredible impact the show has had on young girls around the world has always left me humbled and speechless. She’s had that impact on me, too. She’s taught me strength I didn’t know I had, to find hope in the darkest of places, and that we are stronger when we’re united. What she stands for pushes all of us to be better. She has changed my life for the better, and I’m forever grateful,” Benoist wrote on Instagram.

“I’m so excited that we get to plan our conclusion to this amazing journey, and I cannot wait for you to see what we have in store. I promise we’re going to make it one helluva final season.”

Late last year, the actor revealed in an emotional video that she was a “survivor of domestic violence” and was previously in a longterm abusive relationship, which she says had impacts on her work.

Throughout its run, “Supergirl” has been a key part of CW’s “Arrowverse,” which already lost its first member “Arrow” at the beginning of this year. The “Arrowverse” shows which will continue beyond the end of “Supergirl” are “The Flash,” which is heading into season 7, “Legends of Tomorrow,” which will premiere season 6 next year, “Black Lightning,” relatively new addition “Batwoman,” and newcomer “Superman and Lois.” There have been multiple “Arrowverse” crossovers to date, which have brought in big viewership numbers for the network.

Based on characters from DC created by Jerry Siegel and Joe Shuster, “Supergirl” hails from Berlanti Productions in association with Warner Bros. Television, and is executive produced by Greg Berlanti, Sarah Schechter, Robert Rovner, Jessica Queller and Rob Wright.