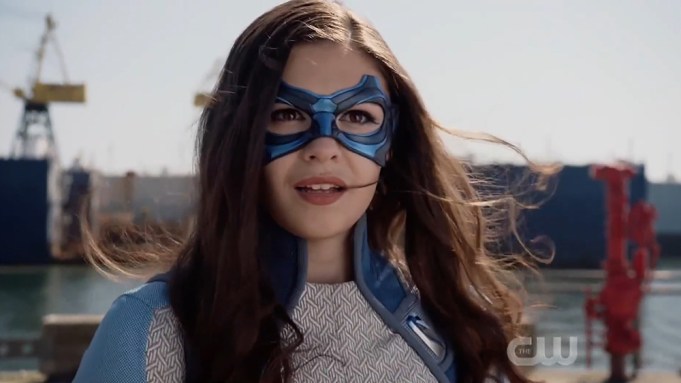 Before taking on the role of transgender superhero Nia Nal a.k.a. Dreamer on the CW’s “Supergirl,” Nicole Maines had already been on the frontlines of fighting for transgender rights. In 2013, Maines was part of the court case Doe v. Clenchy, when her family sued their school district over Maines’ right to use the women’s restroom at her school. The anti-discrimination case escalated to the Maine Supreme Court, where Maines and her family prevailed.

She has continued to fight for trans visibility and equality on-screen, in Hollywood, and often infuses her own experiences as a trans woman when playing Nia, whose storylines included instances of transphobia — like in a recent episode dealing with violence against the trans people and an earlier one where Nia’s older sister accuses her of not being “a real woman.”

“It’s a very regular, thrown-around phrase, and I think something a lot of trans women are familiar with. So when I read it, I was like, ‘Oh, I know exactly what’s going on here,’” Maines tells Variety.

Another storyline also hit close to home: when fellow superhero and Dreamer’s love interest, Brainiac, broke up with her, causing Dreamer to question whether or not it’s because she’s trans (it wasn’t).

In real life, Maines says she has learned to pick and choose what she pays attention to when it comes to negative or derogatory comments.

“When it comes to the comments section, you’re not going to tell me something the church hasn’t told me since I was in 5th grade,” she says.

She adds that while she commends A-list cisgender actors like Scarlett Johansson for turning down roles portraying trans people, it’s incumbent on everyone from casting directors to writers to increase trans visibility in Hollywood.

“It’s something with accurate representation, with actual trans people portraying ourselves, we can start to dismantle [negative assumptions], and we could say, ‘No, this is what trans looks like. You do not need to be afraid of it,’” she says.

As for what real progress looks like to her?

Watch Nicole Maines’ full interview in the Variety studio above.