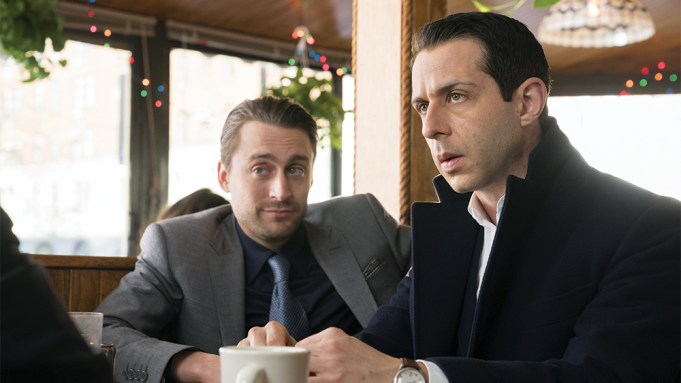 “Succession” could be back in production before the end of the year (with a big emphasis on could).

Season 3 of the hit HBO series, which recently garnered a whopping 18 Emmy nominations, was originally scheduled to start shooting in April, but for obvious COVID-19 related reasons, production has been delayed indefinitely. The plan, at least for now, is “trying to think about starting shooting in New York before Christmas,” according to showrunner and creator Jesse Armstrong.

Armstrong stressed that those plans are far from concrete and are still “just conversations,” describing the current situation as “tough.”

“Who knows if that’ll come about, but that’s the plan at the moment,” Armstrong told Variety.

As for how the workflow for season 3 is coming along, Armstrong said that, like many writers, the expanded amount of time he now has to develop the upcoming season isn’t necessarily proving all that helpful.

“We are letting the work expand to fill the acres of time we’ve suddenly found. I’m probably making no more progress than if I’d had six weeks instead of the six months that we’ve had,” he said.

Questions have been raised about whether season 3 will address the pandemic in any way, shape or form, and one the show’s biggest stars Sara Snook recently told Variety that if Armstrong does include it, he “wants to be delicate about it and just classy.”

“I think it’s a thing that everybody’s aware of, and audiences are really intuitive these days. Even just seeing a mask in the background of something or hand sanitizer, those things that have become part of our daily lives, those things maybe, but nothing that is so overt that is going to really tackle it head on, because that’s not the show,” Snook said. “We want to see the Roys doing the thing that they’ve been doing that we love, not pivoting towards a pandemic story.”

“Succession” revolves around the Roy family, and the power struggle between Logan Roy’s (Brian Cox) children to be named his successor when (or perhaps if) he decides to step down from the head of his media conglomerate Waystar Royco.

At the time of the conversation, the actors had no idea when production would start again, and Cox was supposedly the only one to know what’s going to happen in Season 3.

Culkin previously summed up how unpredictable the production situation is during a conversation for Variety‘s Actors on Actors issue.

“We might start shooting in September, or not,” Culkin said.

Even if “Succession” manages to fire up the engines again before Christmas, viewers will likely have to wait well into 2021 to find out what happens for themselves.