The Cast of ‘Succession’ on Their Favorite Lines From Season 2 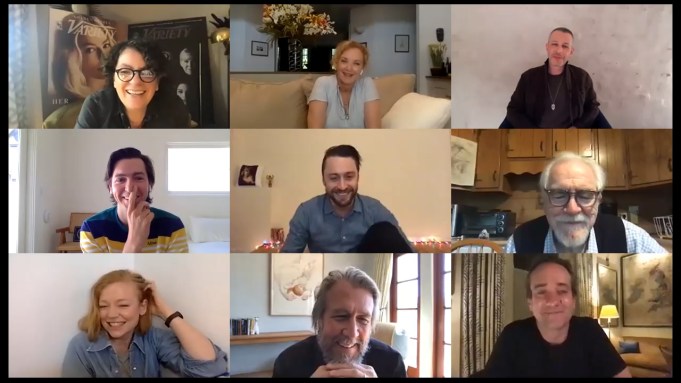 Cousin Greg’s gross toes, “Shitaly,” and “he did once call me the C–t of Monte Cristo” — those bits are among the “Succession” cast’s favorite lines from Season 2.

During a virtual roundtable for Variety’s streaming room in late May with the cast of the Emmy-nominated HBO show, the conversation, which lasted more than an hour, ended with the question about their favorite lines from the show’s second season. The panel was composed of Brian Cox (Logan Roy), Jeremy Strong (Kendall Roy), Sarah Snook (Shiv Roy), Kieran Culkin (Roman Roy), Alan Ruck (Connor Roy), Nicholas Braun (Cousin Greg), Matthew Macfadyen (Tom Wambsgans) and J. Smith-Cameron (Gerri Kellman) — Culkin was the first to answer, offering a few different ones, none of which had actually made it on-screen.

The cast discussed how it seemed like the writers had really begun understanding them as people, which Braun felt especially when in the finale they’d had Cousin Greg get shy about showing his toes on the shoeless yacht: “Can I keep my shoes on? What if my toenails are not all that aesthetically pleasing?” Reading the scene, Braun said, led him to go to “Succession” creator Jesse Armstrong to ask whether he’d told Armstrong about his “gnarly toes.” Armstrong said, no, he hadn’t. “It was a perfect understanding that of course I had some weird-ass toenails,” Braun said.

As the conversation went on, the cast laughed as a group, delighting in the show’s writing — they also made fun of Macfadyen for not being able to control his laughter when they shoot. (It has yet to be announced when HBO will begin filming Season 3 of “Succession.”)

Strong, whose Kendall is Hamlet-like, offered a sad moment as his favorite line.

“I don’t have a favorite fun line,” he said. “But I guess the line that was sort of like the ballast of the whole thing for me in a way was when Sarah and I have that scene in the office in the episode where she’s come into the office, and I’m up on the ledge on the roof. I say, I don’t know what the exact line was, ‘It won’t be me.’

“Just because it contained everything about the season for me. I believed it to be true.”

After Strong finished describing why he loved that part, Culkin interjected, “And then when you said it, Matthew was in the corner breaking.”

To read about the “Succession” cast breaking down four pivotal scenes from Season 2, and to watch the video of the whole conversation, here you go.