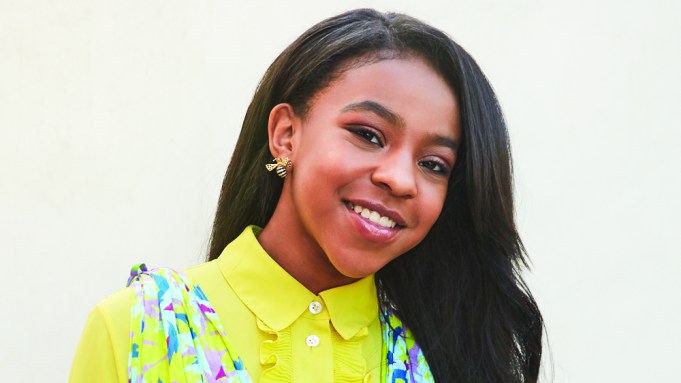 Priah Ferguson has been promoted to series regular on the upcoming fourth season of “Stranger Things,” Variety has learned exclusively from sources.

Ferguson began on the Netflix show as a guest star, appearing in four episodes of the second season, before moving up to a recurring role in Season 3. She has received critical praise for her role as Erica Sinclair, the little sister of main cast member Caleb McLaughlin’s character Lucas. She featured prominently in a storyline in Season 3 that saw her work closely with series stars Gaten Matarazzo and Joe Keery as well as series newcomer Maya Hawke.

In addition to “Stranger Things,” Ferguson’s other credits include shows such as “Atlanta” at FX, “Daytime Divas” at VHI, and the PBS Civil War drama “Mercy Street.” She also guest starred on the NBC legal drama “Bluff City Law.” On the film side, she had a supporting role in 2018’s “The Oath” opposite Ike Barinholtz and Tiffany Haddish.

She is repped by CESD, The People Store, and Industry Entertainment.

Season 3 of “Stranger Things” dropped on Netflix in July 2019 and was renewed for a fourth season in September. With the renewal, it was also announced that series creators Matt and Ross Duffer had signed a multi-year overall deal with the streaming service.

A teaser for the fourth season was released last week. In the teaser, fans finally got confirmation that Hopper (David Harbour) did in fact survive the events of the Season 3 finale and is now being held as a prisoner in the Soviet Union.