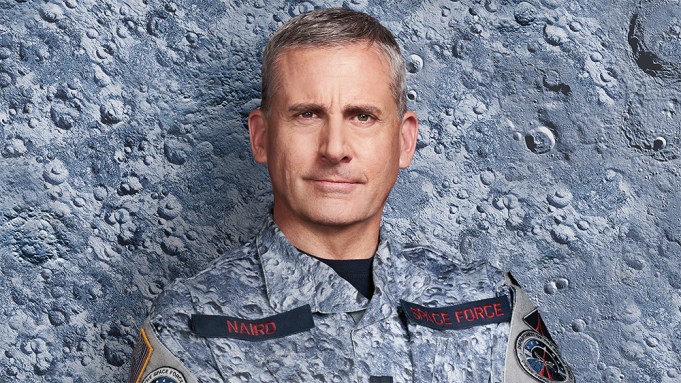 “Space Force,” inspired by President Trump’s proposal for sixth branch of the military, centers around decorated pilot and four-star general Mark R. Naird (Carell), who has dreamed of running the Air Force, but instead finds himself tasked with leading the newly formed Space Force.

In the new teaser, Carell’s character is shown struggling with the adjustments to his new role — which he copes with by singing “Kokomo” by the Beach Boys alone in his office. It’s implied that his transition is, to say the least, less than smooth, as another character is seen saying over the phone that the new branch is “a complete s— show.”

“Space Force” also stars Lisa Kudrow as Maggie, the wife of General Naird who has stood loyally by her husband’s side throughout his career, but now finds herself facing additional challenges as her partner takes on the new responsibility.

“Space Force” is co-created by Carell, alongside “The Office” creator Greg Daniels, in the star’s first comedic television series since parting ways with the hit NBC sitcom.

The series is the second one from Daniels that will launch this spring. His futuristic tech comedy “Upload” premiered on May 1 on Amazon Prime Video.

“Space Force” is set to premiere on May 29. Watch the teaser trailer above.