Sterling K. Brown on Fighting the Stigma Around Mental Health Through Randall’s Journey on ‘This Is Us’ 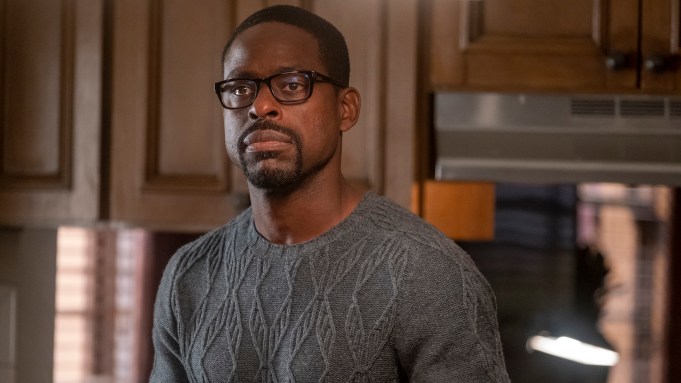 SPOILER ALERT: Do not read if you have not yet watched “Strangers: Part Two,” the finale episode of the fourth season of “This Is Us.”

As Season 4 of “This Is Us” comes to an end with another shocking (and tear-jerking) finale, Sterling K. Brown is reflecting on his character Randall Pearson’s struggle with  mental health and how he hopes the storyline is resonating with audiences. During an Instagram Live conversation with Variety, the Emmy-winning actor shared some of the responses he’s received after Randall’s decision to get professional help in coping with his anxiety from therapist Dr. Leigh (Pamela Adlon).

“Many black men and women in particular have said thank you for demystifying the idea that therapy is something that is an anathema to us, something that our community needs to see,” Brown said. “Because I think the power of media is, once you see somebody else do it, then it sort of makes it a little bit easier for you to envision yourself taking that step on a personal level.”

“So, I love the idea that people who thought that it was too macho to admit that they needed help with something, now realize like, ‘Oh s —t, Randall’s getting help,” he added. “If Randall getting help means that it’s okay for them to get help too then I think we’ve done exactly what we wanted to do with the storyline.”

The concept of therapy is a particularly tricky one for communities of color, Brown — who participated in the National Alliance of Mental Illness’ #curestigma campaign in 2018 — conceded. The question for many, he explained is, “What does that mean for something to be ‘really wrong’? [And] what does it mean in certain communities, especially communities of color, black, Latino — where we know that the world is hard, so it’s like, ‘Do we have time to cry about our problems?.’”

“The motto is, ‘You know it’s hard out there, so fix it, deal with your stuff and keep it moving.’ And that is something that has allowed us to get to where we are,” he continued. “But there’s a place that allows for certain degree of vulnerability and access to be like, ‘Yo, I need help. I’m having a tough time with this, and there are certain blind spots that I have difficulty detecting on my own and seeing a professional helps.’ So me, Sterling K. Brown, I go to therapy.”

Brown added that his 8-year-old son Andrew also asked if he could go to therapy: “It was interesting too because, like, I said, ‘You can go by yourself, big boy … it can be all private, or if you want me to come with you, I can come with you.’ He’s like, ‘Yeah, I want you to come with me.’ And so we had this really lovely moment and I get a chance to raise a kid who has no stigma associated with the idea of asking for help. … If it is something that you have access to and you’ve been thinking about and you’re like worried about whether or not people were going to clown you or think that you were soft because you sought out help — try it, do it, own it. ”

Speaking about the storyline as many in the world are living in self-isolation due to the coronavirus pandemic, the actor recognized how the conversation about mental health is even more important.

“The feelings of isolation that you can have when you’re dealing with a mental illness in and of itself can be debilitating,” he explained. “Now in the presence of social distancing and actually keeping away from people, it can only be exacerbated. I stress that [people] find community, whether it is through your text chains, the Marco polos and through the zooms through by any means necessary, find a way to connect to your people.”

While off-screen Brown is focusing on connection, in the world of ‘This Is Us,’ audiences who tuned into Tuesday night’s season finale finally learned why Randall and Kevin (Justin Hartley) are no longer speaking to each other by their 40th birthday — it’s all in relation to a truly “nasty” blow-out fight where the two siblings confront each other over Randall pushing Rebecca to take part in an Alzheimer’s clinical trial.

“There are those moments between siblings, where you are so frustrated with one another — and Kevin and Randall have a history of being frustrated, there’s a history of love of coming together and pulling apart and coming together and pulling apart, so this is sort of par for the course,” Brown explained. “They’re really at odds with how best to care for their mother, understandably so. And Kevin may very well be in the right, but Randall feels as if he has to do in order to get his mother into this clinical trial. … Because of the intensity of the divide, it goes from just addressing what’s best for mom and it turns into what I don’t like about you [as a person.]”

“It goes down in such a way that, I remember talking to [creator Dan Fogelman] about episode 1.18 ‘Moon Shadow’ when Rebecca and Jack have their argument about her career. And I remember calling Dan and I was like, ‘Damn, you sure you want to end the season like this? I was like, this is hard man. This ain’t this, ain’t that feel good joint,’” Brown recalled. “And he’s like, ‘I know, but sometimes we gotta explore the darkness so that we can earn the light.’ And so Dan said, ‘Do you remember when you called me from Vancouver about the last episode of season one?’ … and he goes, ‘This is worse.’”

But there is hope, shown at the end of the episode, when Kevin rests his hand on Randall’s shoulder as they visit Rebecca’s bedside in a future timeline.

“I as an audience member exhaled,” Brown said of watching the moment, but he knows that fans will be asking what that scene really means about the brothers’ reconciliation. “I think the question is going to be, ‘So are these brothers really good or are they just now connecting again, as their mother is deteriorating? What is the nature of their relationship in the future and how do they actually come back in a partnership with one another?’”

But audiences will have to wait for Season 5 to get the answers. Until then, Brown is spreading his message to focus on personal wellness as many fans enter an indeterminate period of self-isolation due to coronavirus concerns.

“My therapist reached out to me and my wife and said, like, ‘You guys want to do online sessions? We can do online sessions.’ So hopefully your therapists are accommodating,” he said. “If you have someone, don’t just stop seeing them because you can’t see them in person or find a way to connect with them, whether it’s through FaceTime or any other means, like things don’t have to stop.”

“And as a biblical reminder,” Brown continued, “My mom always says to me, ‘This too shall pass.’ We will make it through to the other side. Hang in there. You are not alone.”

For more information about the National Alliance on Mental Illness and their resources, go to NAMI.org.