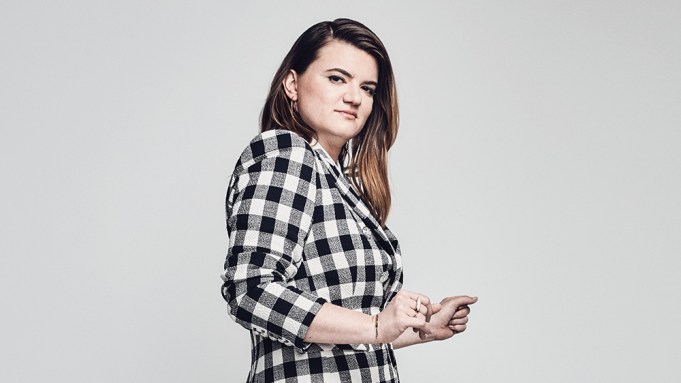 A new “Star Wars” series is in the works at Disney Plus, Variety has learned from sources. The series hails from Leslye Headland, the co-creator, showrunner, and executive producer of the critically-acclaimed Netflix series “Russian Doll.”

Details of the exact plot of the series are being kept under wraps, but sources say it will be a female-centric series that takes place in a different part of the “Star Wars” timeline than other projects. Headland is said to be attached to write and serve as showrunner on the series, with the show currently staffing.

Reps for Disney and Headland did not immediately respond to Variety’s request for comment.

Headland also directed multiple episodes of “Russian Doll.” The show was nominated for 13 Emmy Awards for its first season, ultimately winning three. Headland began her career writing and directing the “Seven Deadly Plays” series, which includes “Bachelorette” and “Assistance.” “Bachelorette” was the basis for her directorial film debut starring Kirsten Dunst. Her other film credits include writing the 2014 remake of “About Last Night” and writing and directing “Sleeping with Other People.” Besides “Russian Doll,” her other TV credits include “Terriers,” “Blunt Talk,” “SMILF,” and “Black Monday.” She is currently under an overall deal at Fox 21 Television Studios, with the studio now under the Disney umbrella.

News of the new series development comes after Variety exclusively reported that a third season of “The Mandalorian” is already in the works at Disney Plus ahead of the second season premiere later this year. “The Mandalorian,” one of the launch titles for the Disney-branded streamer, proved to be a major hit and pop culture phenomenon upon its release.

There are currently two other live-action “Star Wars” shows in the pipeline at Disney Plus — an Obi-Wan Kenobi series starring Ewan McGregor and a Cassian Andor/”Rogue One” prequel series starring Diego Luna. Variety exclusively reported that Joby Harold had recently joined the Obi-Wan series as the writer, while Stellan Skarsgard and Kyle Soller recently joined the Cassian Andor series.