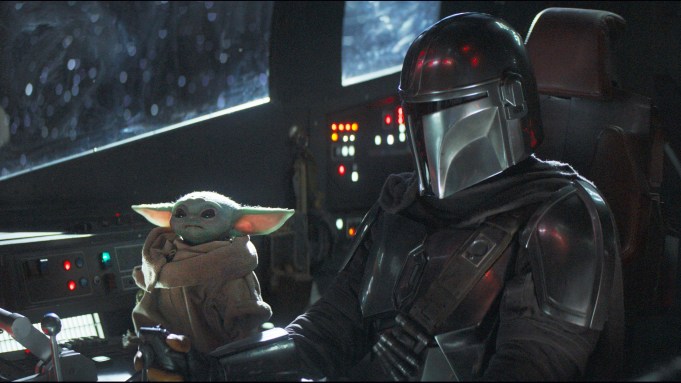 “The Mandalorian” could be taking a page from “The Avengers.”

The hit Disney Plus series may introduce new heroes and villains who will star in their own spinoff shows, Walt Disney Company chairman Bob Iger told investors on Tuesday shortly after the company presented quarterly earnings.

Iger said the company is exploring “the possibility of infusing [‘The Mandalorian’] with more characters and taking those characters in their own direction in terms of series.”

The future of “Star Wars,” the space opera saga that Disney bought the rights to in 2012 when it purchased Lucasfilm for $4 billion, will be on the small screen. The release of “The Rise of Skywalker” last December ended the nine-film series about the Skywalker clan. It also led Disney to, Iger said, “take a bit of a hiatus in terms of theatrical releases.” The company believed it had over-saturated the market for “Star Wars” sequels and spinoffs — “The Rise of Skywalker” was the lowest grossing of the three most recent installments and 2018’s “Solo” lost money.

“The priority in the next few years is television,” Iger told investors.

That will include not only “The Mandalorian,” but also a series based on Cassian Andor, a Rebel captain played by Diego Luna, who was first seen in “Rogue One,” as well as a series centered on Obi-Wan Kenobi, that recently made headlines when production was put on hold while the creative team worked on the scripts.

“The Mandalorian” has been a signature hit for Disney Plus since the streaming service launched in November. That’s in no small part thanks to Baby Yoda, the cherubic alien who launched a million memes. Iger promised that more consumer products based on the character will hit store shelves in the coming months.